Rock It Out: Beating Stuff with Sticks with a POUND Workout 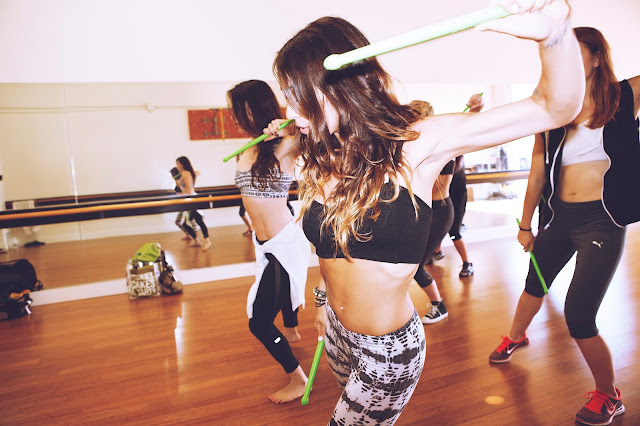 A couple of months ago I attended the best concert of my life!  Matt and Kim, fronted by Matt and Kim (go figure…) are Tasmanian Devils of energy going 110% on every song.  Female drummer Kim Schifino pounds her sticks like a tornado (sometimes while summiting the top of her drum kit).  Every girl wanted to be and every guy wanted to be with the badass that Kim was on stage.  And last week I was able to grasp a glimpse of what that was like when I took a POUND workout class at 7 in the morning. 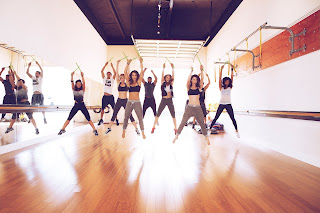 POUND is a rockout workout, a full-body cardio jam session, combining light resistance with constant simulated drumming.  It’s the simpleness of Zumba minus the Latin influence plus drum  sticks, and it’s catching on all over the country like a hit Taylor Swift single.

Founded by Kirsten Potenza and Cristina Peerenboom the workout fuses cardio, Pilates, isometric movements, plyometrics and Isometric poses paired with rock, dubstep, and old school music.   With POUND you can burn between 400 and 900+ calories per hour, strengthen and sculpt infrequently used muscles, and drum your way to a leaner, slimmer physique – all while rocking out to your favorite Kanye song! 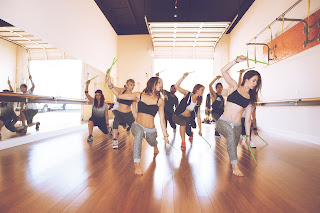 Through continual upper body motion using POUND’s lightly weighted drumsticks, called Ripstixs, you'll turn into a calorie-torching drummer, POUNDing off pounds as each song flies by.   Twice the weight of a standard drumstick (¼ lb each) and slightly shorter in length, Ripstix are designed to maximize your workout by alter the physics of your arm movement to burn more calories.  These sticks will make you wish you were ambidextrous (my left hand was absolutely pitiful) so you can rock harder.

There’s something truly primal about beating the shit out something with sticks, whether it’s the floor, yesterday’s calories, or both.  As you POUND away you’ll be a rock star crafting a leaner you through a rockout workout!

Here’s to life being delicious and rocking it out!