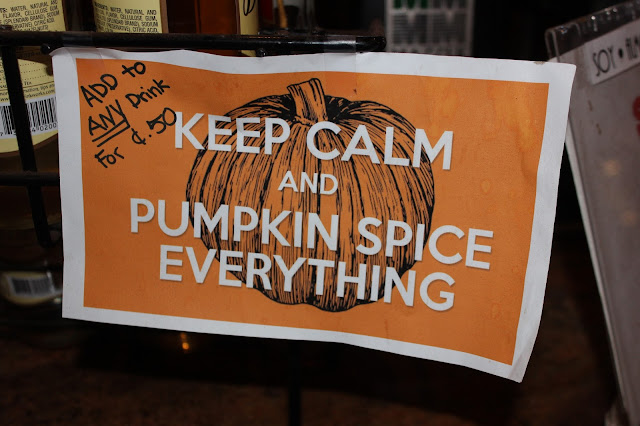 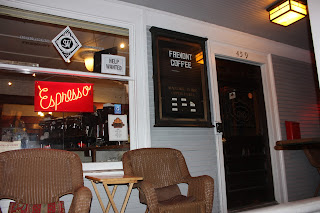 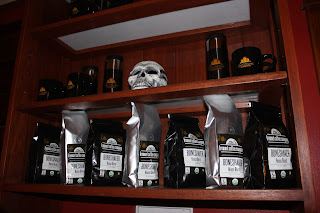 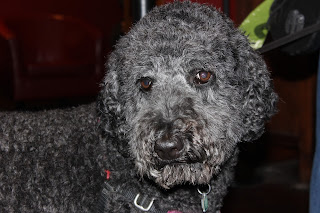 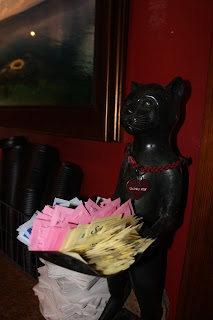 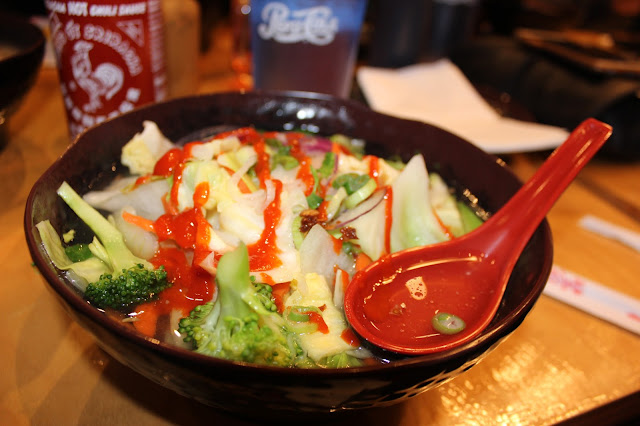 A few months ago I was lucky enough to experience on the classic dishes of Seattle while performing with the Santa Monica based Pin-Ups On Tour: Pho! 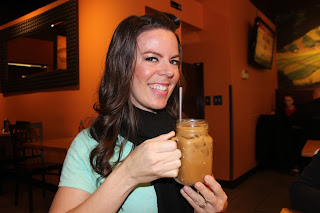 Seattle has a large Vietnamese population (large enough that there’s a section of the city called Little Saigon) and pho is known as the National Dish of Vietnam.  It’s absolutely un-pho-gettable!
For those not familiar, pho is a noodle soup consisting of beef broth, rice noodles, herbs, and vegetables.  It originated in the early 20th century in northern Vietnam, and was popularized throughout the rest of the world by refugees after the Vietnam War.

It’s eaten for breakfast in Southern Vietnam, while northern Vietnamese consume it any time of day.  Regional variants of pho are segmented into “northern pho” which normally tends to use wider noodles and large quantities of green onion in its dish.  “Southern pho” aka “Saigon pho” has a broth that is slightly sweeter and has bean sprouts and a greater variety of fresh herbs. 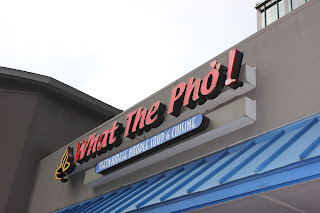 While in Bellevue, a posh section of Seattle, we were able to squeeze it a dinner at the classic What the Pho!  It’s almost a requirement that pho restaurants have pun-y names, some of my absolute favorites include 9021Pho and Absolutely Phobulous in LA.

What the Pho!’s broth is crafted through their meticulous twelve-hour process of careful summering and a specialty blend of herbs.  This fragrant broth is then combined with fresh rice noodles, thinly sliced cuts of eye round steak, brisket and flank, book tripe, tendon squeezed lime, bean sprouts, sliced jalapenos, and fresh Thai basil leaves.  Since I’m a Veg I indulged in phở chay a vegetable broth version substituting anything from a cow for deep fried tofu and vegetables.  The result was a large steaming bowl is hard to resist!!! 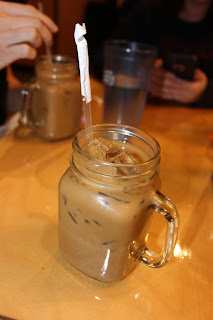 To compliment my pho I (naturally) had to get a Vietnamese coffee.  The drink, served Iced or Hot, is espresso style coffee crafted with sugary sweet condensed milk.  With its strong bold flavor (this was Seattle...) balanced with a Nutcracker like sweetness, it was the perfect after meal demitasse.
So if you’re looking for a dish that’s Pho-ever Yum in the Seattle area, What The Pho should be on your list!!!

Here’s to life being delicious and absolutely pho-bulous!!!

I Ain't Afraid of No Gluten: Van's Pasta 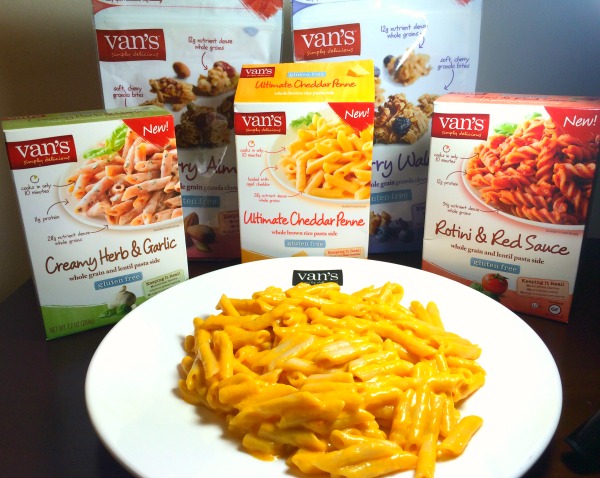 Although Edible Skinny wasn’t able to make it to the Natural Products Expo this year in Anaheim, we were still able to experience some of the products offered there via the good old fashioned postal service!  Hooray!!!

One such product was Van’s, based in Southern California, which offers delicious nutrient-dense foods that focus on the growing need for expanding dietary options, including gluten-free allergy-friendly, non-GMO kosher whole grain and more.  With the tagline “Gluten Free Goodness,” Van’s products are certified gluten free by the Gluten-Free Certification Organization (with their seal of approval stamped on every box).  Their synthetic and artificial flavor free products include frozen breakfasts, snack food and pastas available at grocery stores, mass merchandise stores, and natural food retailers nationwide.
Now I’m not one for carbohydrates (don’t get me wrong, I absolutely LOVE to eat them, it’s the result I don’t adore…) but when I do turn to the dark side of carbs I usually try to make it gluten free.   That’s why I LOVEd experiencing Van’s gluten free boxed pasta meals: simple, gluten free, and yummy.  These prepackaged pastas are craveable gluten free varieties that can be prepared on the stovetop in just 10 minutes.  Easy peasy nice and breezy!!! 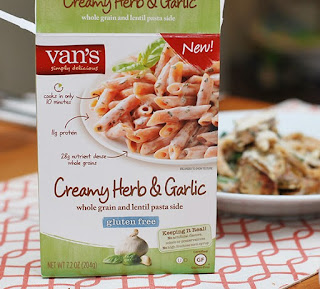 Van’s Creamy Herb & Garlic is the fancy pants version of Kraft Mac & Cheese (and healthier!).   Boil the pasta, drain, create the sauce with butter, milk, and their cheese packet, combine, and enjoy.   The result is a deliciously sophisticated savory taste with 11 grams of protein and 28 grams of whole grains per serving.

But if the classic Kraft Mac & Cheese is what you crave, Van’s also offers The Ultimate Cheddar Penne, a bright orange pasta meal that will totally bring you back to late night cram sessions for Biology 101.  Or if you’re looking for something on the tomato end of the pasta spectrum then the Rotini & Red Sauce is a simple fun gluten free option.

So if you’re avoiding the dark side known as wheat and gluten and you’re looking for the perfect boxed pasta for that quick meal or late night trip down college memory lane than Van’s might just be the way to go.
Here’s to life being delicious and having the force be strong with you (even if you indulge in gluten free carbs from time to time..)!