Klatch Coffee, Where Coffee is a Conversation 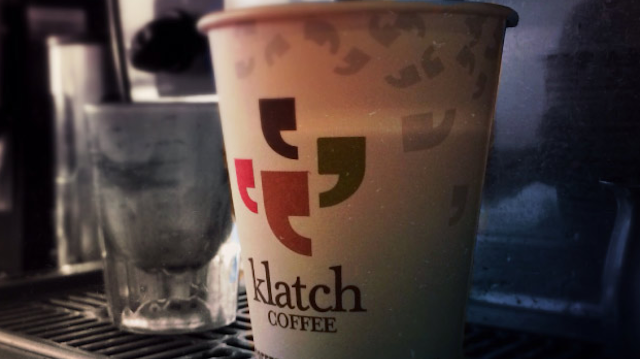 On our road trip return from the Burlesque Hall of Fame Weekend (which I was covering for Workin’ The Tease) we found a sojourn from the blazing heat of the Inland Empire at the delightfully delicious Klatch Coffee (where coffee is a conversation). 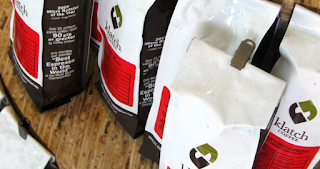 Both a roaster and coffee shop, Klatch Coffee has been searching the world over for the finest coffee since 1993.  Owner and Roastmaster Mike Perry blends a background of chemical engineering with a love for great coffee to balance science and artistry in achieving the perfect cup!

The result is multiple accolades including Micro Roaster of the Year by Roast Magazine, multiple winners at the United States Barista Championship, and America’s Best Coffeehouse at Seattle’s Coffee Fest! 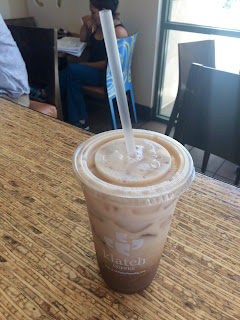 Since I’m off coffee, I sampled the deliciousness that was their Iced Chai Latte.  Made from scratch, it was the perfect combination of sweet and spice.  Full of Cardamom and Cinnamon it swirled around in my mouth like a Thai Iced Tea you’d procure on the streets of Bangkok.

Klatch Coffee is has three locations in the Inland Empire (San Dimas, Ontario, Rancho Cucamonga), but I was delighted to discover they also have a location closer to home: LAX (Terminal 7)!

So next time your taking that red eye from LAX to JFK forgo the ‘Bucks for an espresso that’s the only espresso ever awarded "Best Espresso in the World" at the World Barista Championships.  Boom!