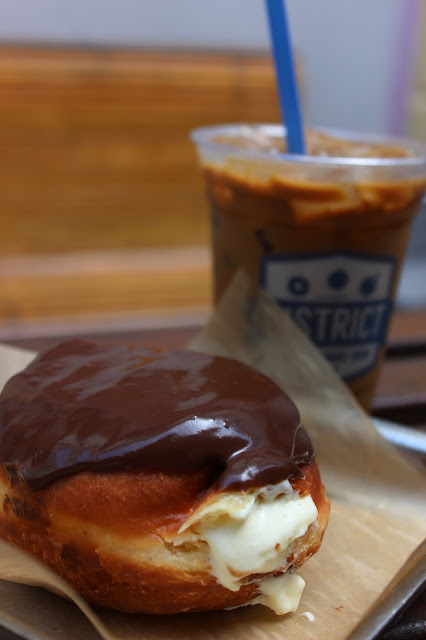 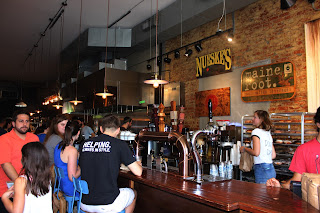 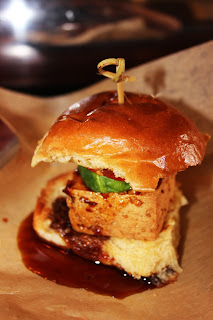 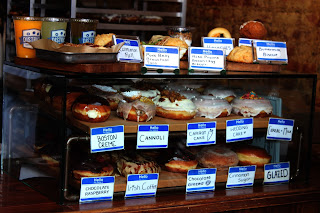 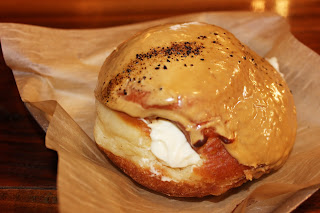 District also has taken the ubiquitous concept of a food truck flipped it Crescent City style.  Their mobile wheels look like a New Orleans streetcar, but it’s really aStrEATcar.  Along with offering District’s donuts and sliders, there’s milk on tap.  In addition to serving great food, the strEATcar serves another strategic purpose, to help connect New Orleans children and teens in foster care with families.  100% of the profits from the StrEATcar go to support Crossroads NOLA, a local non-profit serving children in foster care.  This really is a streetcar you’ll desire.
So here’s to life being delicious and encountering the best donuts of your life!
Posted by Kat Thomas at 9:07 AM No comments: 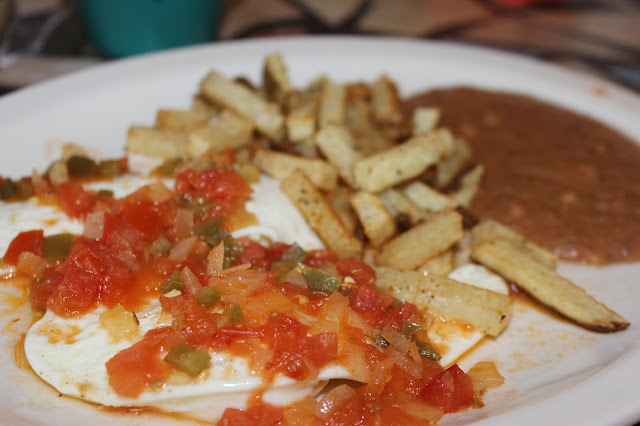 Edible Skinny was lucky enough to be traveling cross country last week and while burning rubber down the 40 we encountered the fabulous Amarillo, TX Mexican restaurant of El Manantial. 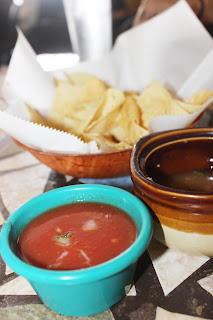 Located in the semi-sleepy town of Amarillo, El Manantial is an authentic Jalisco style restaurant (the hometown of the owners).  This dirt cheap delicious food was discovered through Yelp and regardless on my personal opinions of the company when it comes to their treatment of small businesses I was delighted with the result.
With an adventurous spirit we decided to follow the branded red Y and drive past the chain restaurants to the ever-so-slightly Mexican hood (over the bridge and through the junkyard) to this somewhat-hole-in-the-wall bodega where better authentic Mexican food cannot be found.

As soon as we sat down we were greeted with two different types of salsa, you classic tomato frescy-y, along with a bean based salsa that was absolutely delicious.  And El Manantial’s homemade chips were so thin you could see illumination through them. 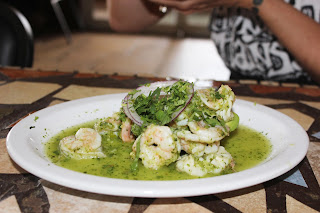 My traveling companion Miss Shariece Odell decided on the Tostadas de Ceviche, a stuffed avocado with shrimp and lime sauce.  She noted the taste to be fantastically fresh.  This is an authentic Mexican restaurant so their menu includes the more exotic meat choices including tongue, goat, and tripe. 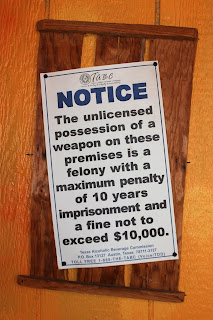 But because I’m a Veg I chose to partake in their Veggie friendly Huevos Ranchero.  And absolute delight, the eggs were amazingly runny, the potatoes seasoned to perfection, and the beans the consistency to bridge the difference between the two.  I also decided to get one Enchilada which was comprised of a thicker homemade corn tortilla that was lightly sauced (it’s a pet peeve of mine when enchilda’s are drenched in sauce).

It should be noted that we were initially looking into this Amarillo based restaurant when we realized they offered a Yelp deal (similar to Groupon).  We spent $10 through Yelp to get $20 at the restaurant.  Truthfully this was added bonus, and given our options we would return again next time we’re in Amarillo paying full price.

So here’s to life being delicious and all your trips off the beaten path of Amarillo being as tasty as El Manantial. 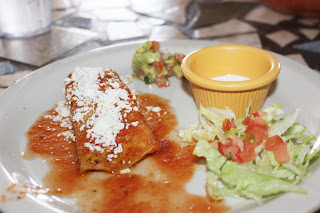 Edible Skinny Does Tales of the Cocktail 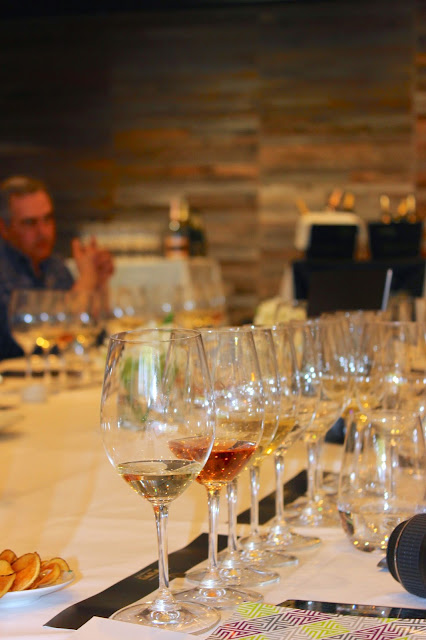 Edible Skinny is delighted to announce that we’ll be in NOLA to enjoy Tales of the Cocktail next week!!!

Tales of the Cocktail is the world’s premier series of cocktail festivals – highlighting what’s now, new, and next in the spirits industry. 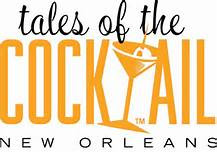 Founded in 2002, Tales of the Cocktail has grown from a small gathering of cocktail lovers into the world’s premier cocktail festival. Each year the international spirits industry is welcomed to New Orleans for a week of seminars, tastings, networking events and much more. With 200+ annual events developed specifically for bartenders, distillers and other spirits professionals, Tales of the Cocktail is the industry’s annual meeting place for the exchange of new ideas, products and techniques.

Tales of the Cocktail is produced by the New Orleans Culinary & Cultural Preservation Society (NOCCPS), a non-profit organization committed to supporting, promoting and growing the cocktail industry in New Orleans and around the world. 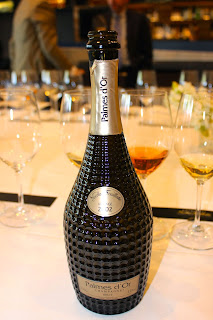 So here’s to life being delicious and seeing you at Tales!!!