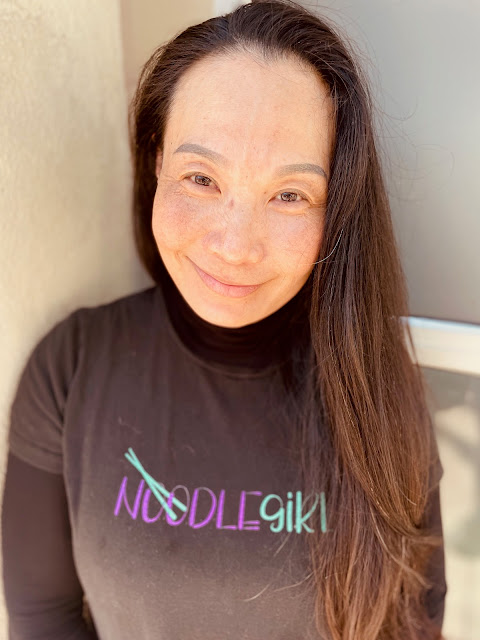 “A recipe has no soul. You, as the cook, must bring soul to the recipe.”

Consider a kernel of corn, Chef Hang Truong sure has.

When Chef Hang’s company, Noodle Girl, recently released their Vietnamese Corn Snacks, there was quite a discourse on kernel size.  Turns out American kernels are just all wrong.  “We tried using them but the kernels were too large and not sweet enough to be authentically Vietnamese.”  Naturally the only logical solution was to start importing Vietnamese corn to America, because for Chef Hang this dish's savory soul is found in the authenticity of its ingredients.

And Chef Hang should know what makes this dish authentic as these Vietnamese Corn Snacks were one of her favorite bites growing up in South Vietnam.  During the Vietnam war, her uncle grew maize, as it was the cheapest food people could afford at that time.  With this corn, Chef Hang's mother developed her Corn Snack recipe.  The perfect nosh, composed of fried Vietnamese corn and then tossed with a mixture of chilies, salt, and sugar.  This mouth-watering recipe then migrated with Chef Hang from Vietnam to the Bay Area to evolve into Noodle Girl’s first snack option. 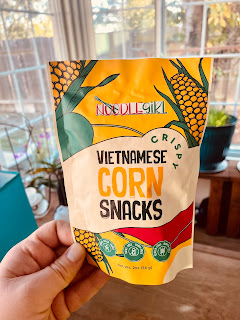 Noodle Girl is a Bay Area catering company providing fresh, modern Vietnamese food with garden-fresh produce, bright flavors, and high-quality, local organic ingredients.  Traditionally the Vietnamese cuisine is prepared with minimal use of oil and dairy and relies more on the light, fresh flavors of herbs and vegetables.  As a result, Vietnamese cuisine is considered one of the healthiest cuisines in the world. 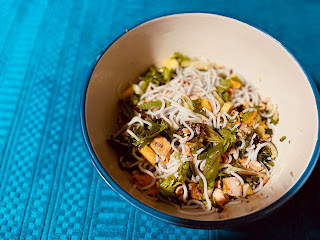 Since opening its doors in 2005, La Cocina (Spanish for “The Kitchen”) has had a hand in helping launch almost 120 food businesses, whose entrepreneurs have gone on to open more than 30 brick-and-mortar locations.  They’ve boot-strapped such diverse budding food businesses as an Arab bakery, an Algerian restaurant, a Cambodian bakery, a Gumbo joint, and a Nepalese restaurant.  La Cocina helps the underutilized carve out their niche in the Bay Area’s culinary landscape; and Chef Hang Truong of Noodle Girl is one of their shiniest success stories.

Chef Hang has a deep connection with the noodles and soups of her native country. Growing up in the South of Vietnam, Hang began working in her mother’s noodle shop when she was just ten years old. Each morning was focused on serving noodles and as Hang painstakingly learned, the art of creating appetizing noodle dishes. 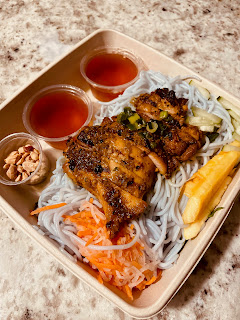 Chef Hang’s love of cooking became a cornerstone of her life as she married and moved to the U.S.  But it was the necessity of caring for her husband during serious illness that prompted her to explore healthy cooking like never before, combining the nurturing dishes she had learned so early in her life with fresh vegetable-forward, highly nutritious ingredients.

When Chef Hang's husband passed away two years after she moved to San Francisco, she suddenly found herself in need of a way to support herself and her young daughter in the most expensive city in America.  Her nostalgic memories of her mother's cooking, her passion for creating dishes from fresh ingredients, and her deep roots to Vietnam inspired her in 2016 to start Noodle Girl.  Three years later, Hang was nominated in 2019 for a James Beard Award, the food equivalent of the Academy Awards. 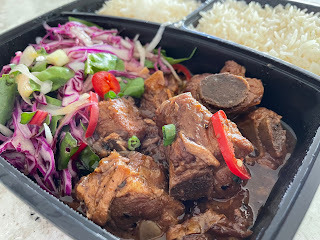 So here’s to life being delicious, all your moments being postcard worthy, and every day being the perfect pairing of sweet and spicy as authentic as Chef Hang’s cuisine.

Kat Thomas is the Editor in Chief of Edible Skinny, a site dedicated to making your life postcard worthy.  When not on an investigative culinary adventure, she is the Creator of This Way Adventures, a Creative Media Company focusing on Peter Pan Ideas and Pixie Dust Magic.

Posted by Kat Thomas at 9:49 AM No comments: