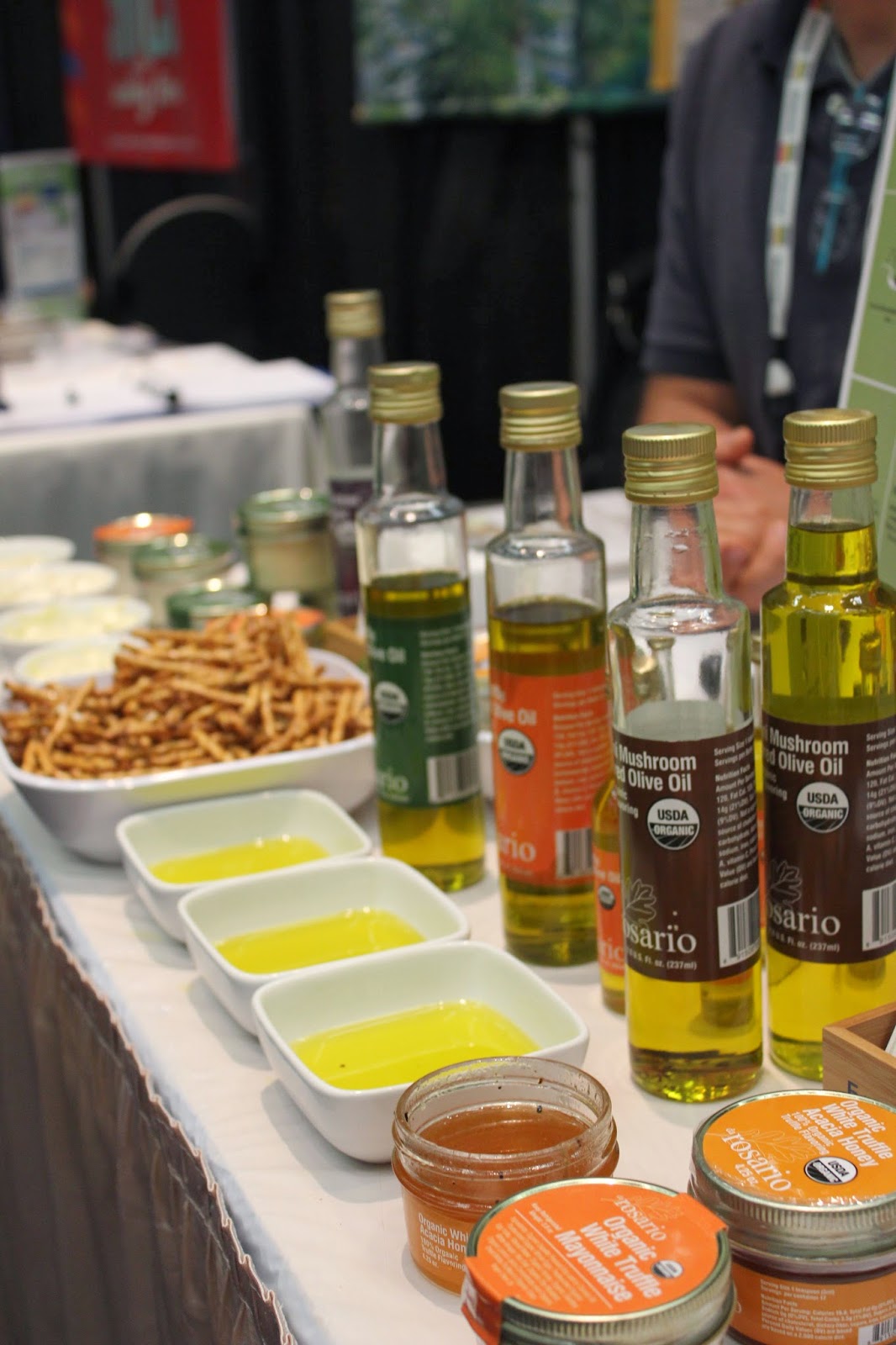 So one of the most amazing discoveries Kelly and I made early on at the Natural Products Expo West was the tremendously truffley world of da Rosario Organics. 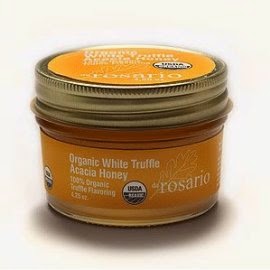 In 2002, Safina published the first book in the U.S. dedicated to this luxury item, "Truffles: Ultimate Luxury, Everyday Pleasure," establishing him as the noted authority on the subject.  Safina has appeared and been featured in outlets including Martha Stewart Living, CNN, Fine Living, Emeril Live, Good Morning America, The New Yorker, The Genuine Article with Gordon Elliott, and NPR. 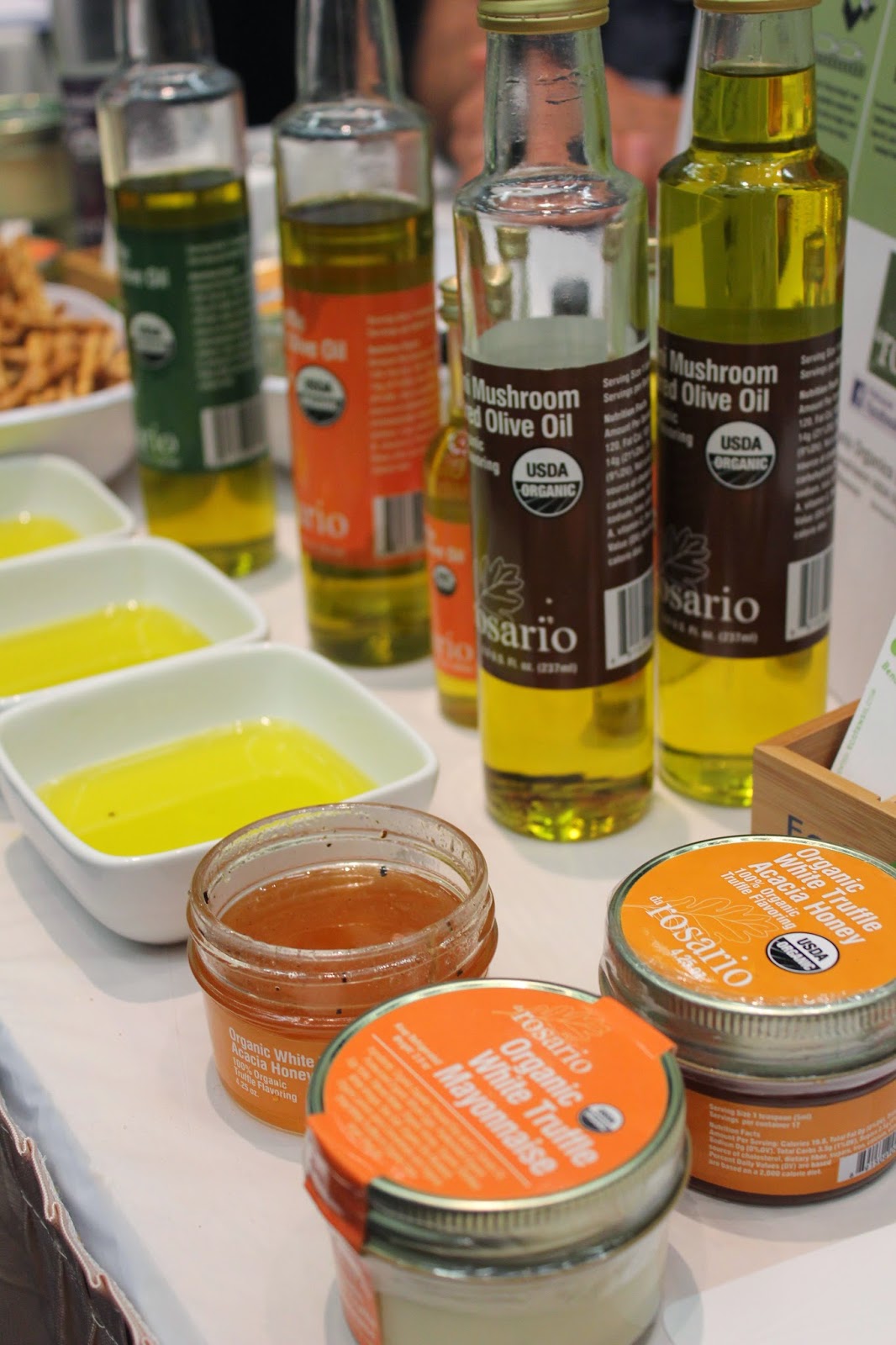 With the launch of da Rosario in 2008, Safina was able to bring the purity of organic ingredients to his passion for truffles with the launch of the first-ever USDA 100% organic truffle line.  Da Rosario Organic truffle products are an official product of the Food Network's Iron Chef pantry and have been featured in outlets including Food & Wine, InStyle, People, EW.com, Everyday with Rachael Ray, and CBS' "The Early Show.”

All their products are made from real truffles, with no chemical ingredients, additives, artificial flavorings or color.  Unlike most truffle products, which use chemically-derived synthetic flavorings, da Rosario Organics employs an exclusive, proprietary process to extract actual molecules from truffles harvested from privately-owned USDA Certified Organic land in Italy. 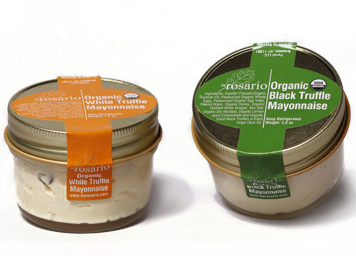 Da Rosario USDA Organic White and Black Truffle Vegannaise is soy-based, non-GMO, kosher and gluten free (the only product of its kind on the market today).  “With Da Rosario USDA Organic White and Black Truffle Vegannaise, vegans can enjoy real truffles in sandwiches, atop veggie burgers, salads, french fries, dips,” noted Rosario Safina, founder of Da Rosario Organics.  “It’s an exciting way for vegans to bring healthy, high-end taste to comfort food.”
Another standout product that Edible Skinny sampled at Expo West was their 100% Organic White Truffle Honey.  Made with real organic white truffle pieces, organic Acacia honey, and organic white truffle evoo concentrate, their truffle honey is the first-ever in the US market.  For the carnivores out there, this is a delicious addition with roast pork, duck breast, turkey or lamb, just brush a teaspoon on top while the meat rests out of the oven.
So for vegetable, roasts, and just to be eaten out of the jar da Rosario’s Organics make the world a more tremendously truffley place!