Another Reason to Pop Macadamia Nuts! 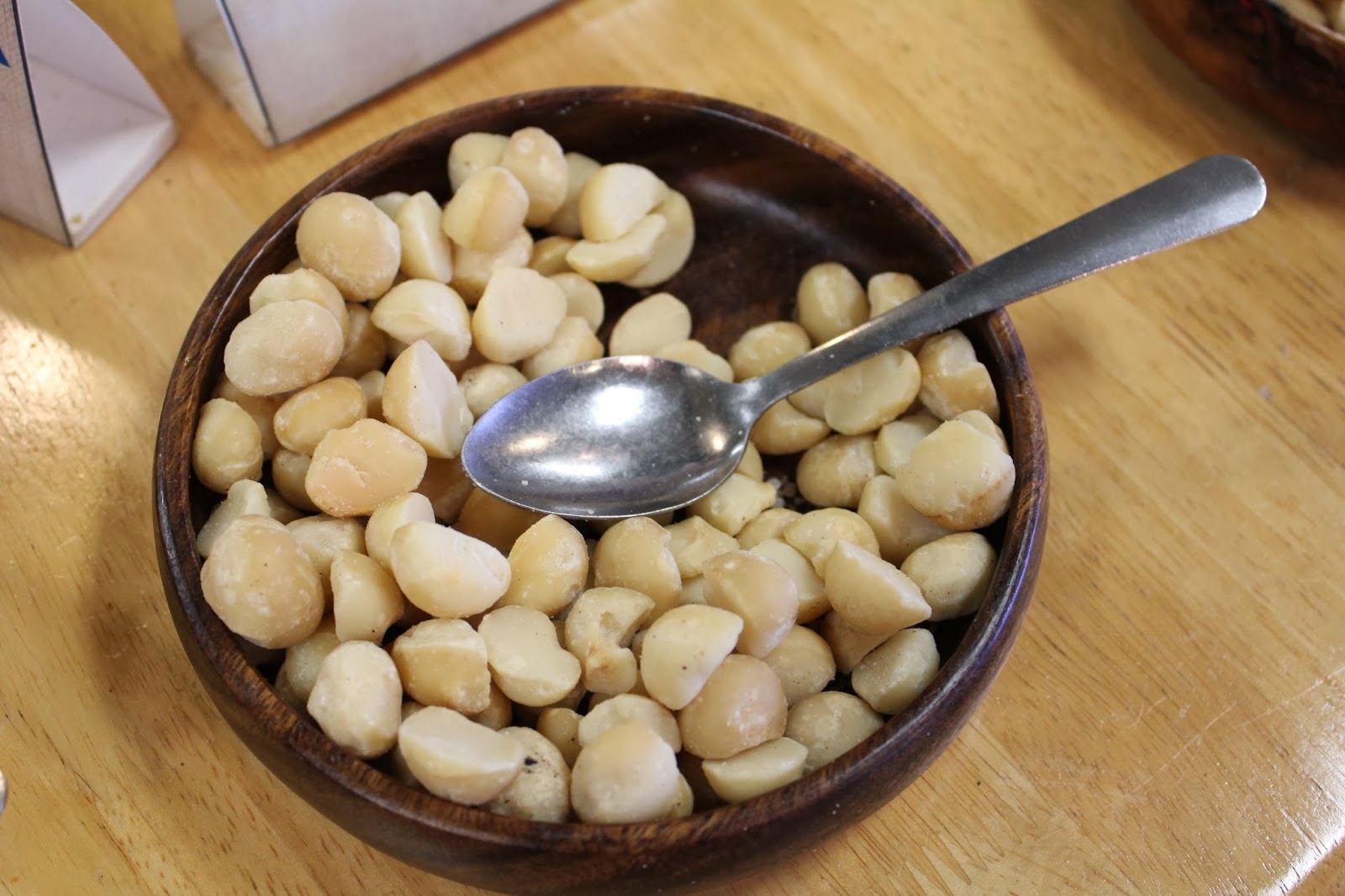 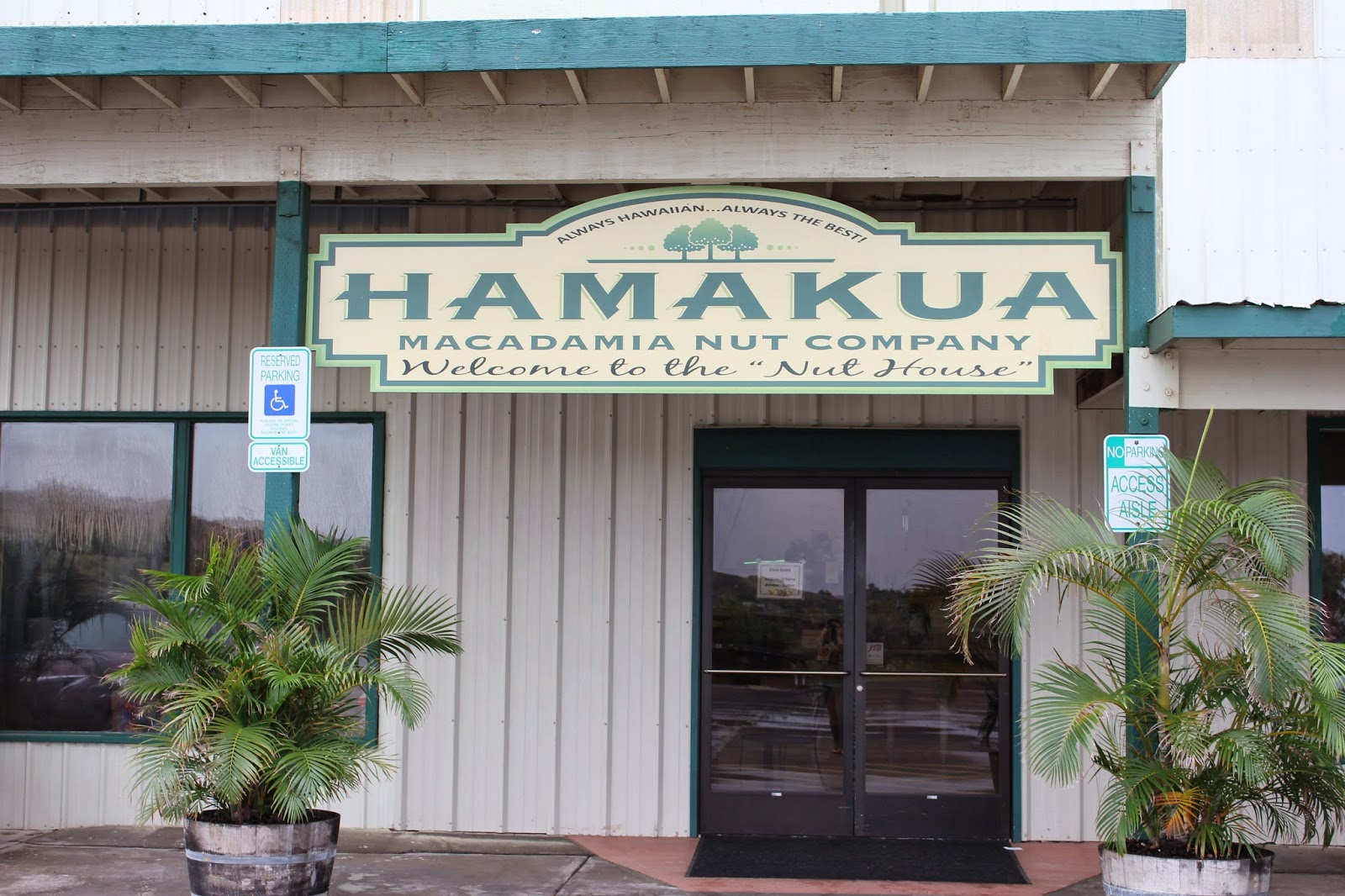 While on Hawai’i Edible Skinny was lucky enough to tour the Hamakua Macadamia Nut Company.  With choices including Island Onion, Wasabi (for which they originated the craze), and SPAM (not for this Vegan!) there was rainbow of flavor choices for the palette.

Hamakua Macadamia Nut Company is named after the district of Hamakua on the Big Island where the first macadamia nut trees in Hawai’i were planted in 1881. Although native to Australian rainforests, mac nuts thrived in Hawai’i and the state became the site of the world’s first commercial plantations.  Today, these delicious, hard-shelled nuts are one of the Hawai’i Island’s largest crops (and absolutely one of my most favorite foods on the planet!!!). 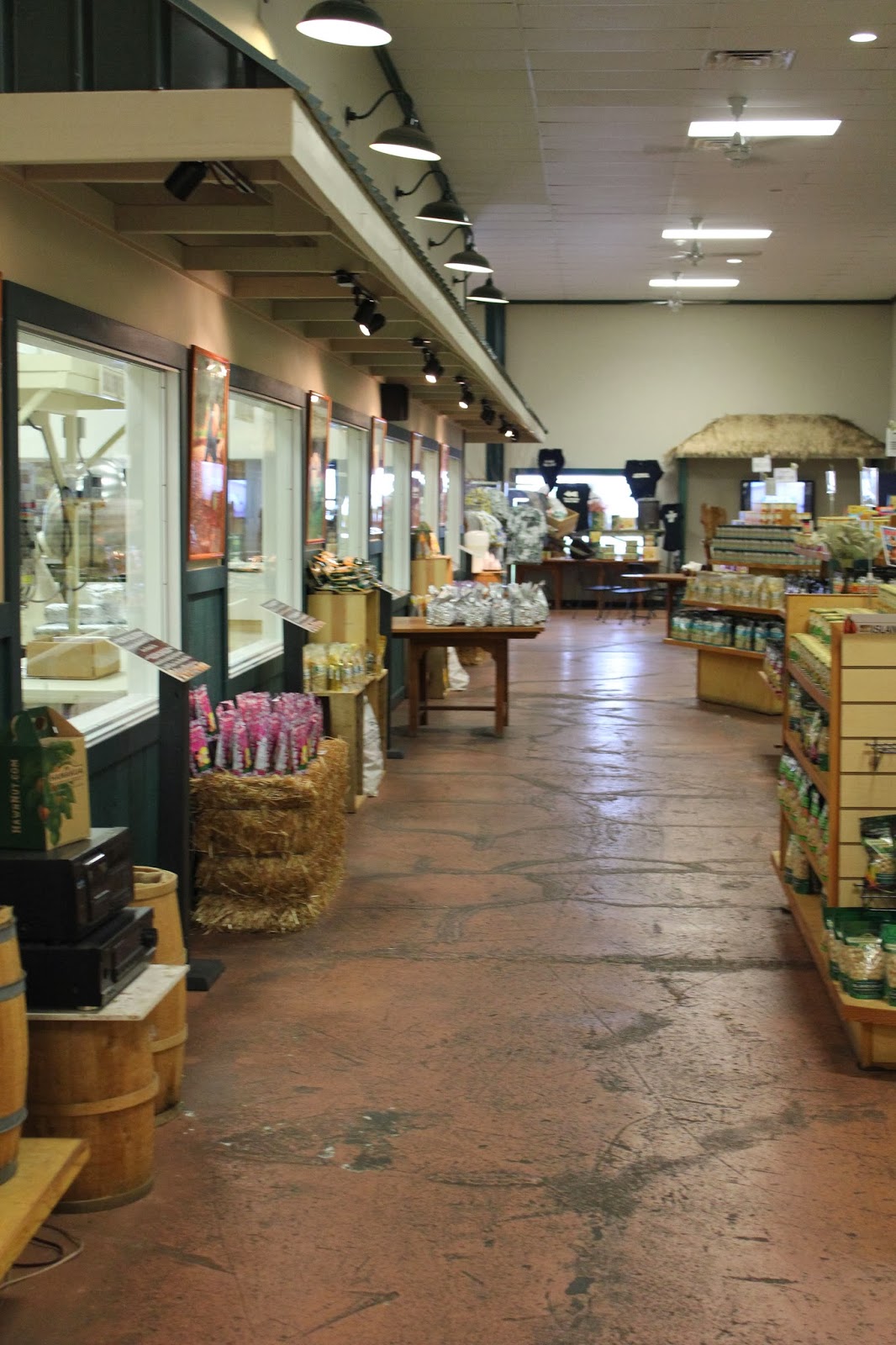 Hawai’i’s rich volcanic soil, abundant rainfall, and perfect temperatures combine to produce some of the best macadamia nuts in the world.  Hamakua Macadamia Nut Company grows, purchases, and processes 100% Hawai’ian macadamias that are grown on one of the Big Island’s four mountain ranges.

Along with spreading a huge smile on your face, there’s a lot of reasons to pop a mac nut in your mouth.  Macadamia nuts are high in monounsaturated fatty acid (good fat), which help reduce overall cholesterol levels.  Macadamia nuts contain flavonoids (a photochemical) and tocopherols (Vitamin E), which aid in protecting against cancer and heart disease.  Macadamia nut oil contains Omega 3 known to reduce the risk of heart disease and high blood pressure.  The macadamia nut is one of the few foods that contain palmitoleic acid, a monounsaturated fatty acid.  Palmitoleic acid may aid in fat metabolism, possibly reducing stored body fat. 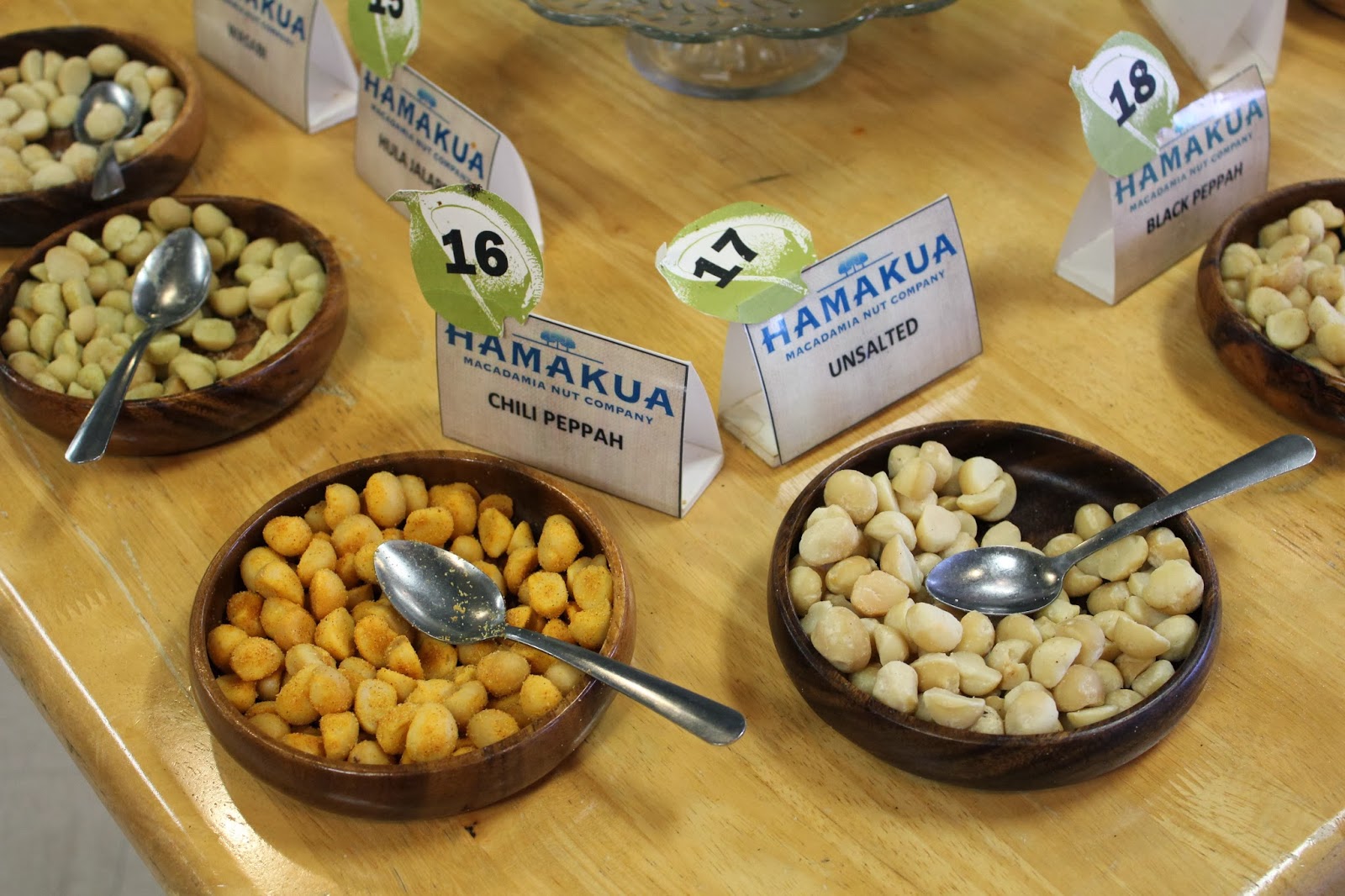 Macadamia nuts aren’t harvested from the trees; instead they fall to the ground fully ripened.  However, you don’t pick one up expecting to shell it and pop it into your mouth.  It requires 300 pounds of pressure per square inch to crack a mac nut shell.
Which is one reason Hamakua Macadamia Nut Company is also a green company (which is very very popular on the island of Hawai’i). 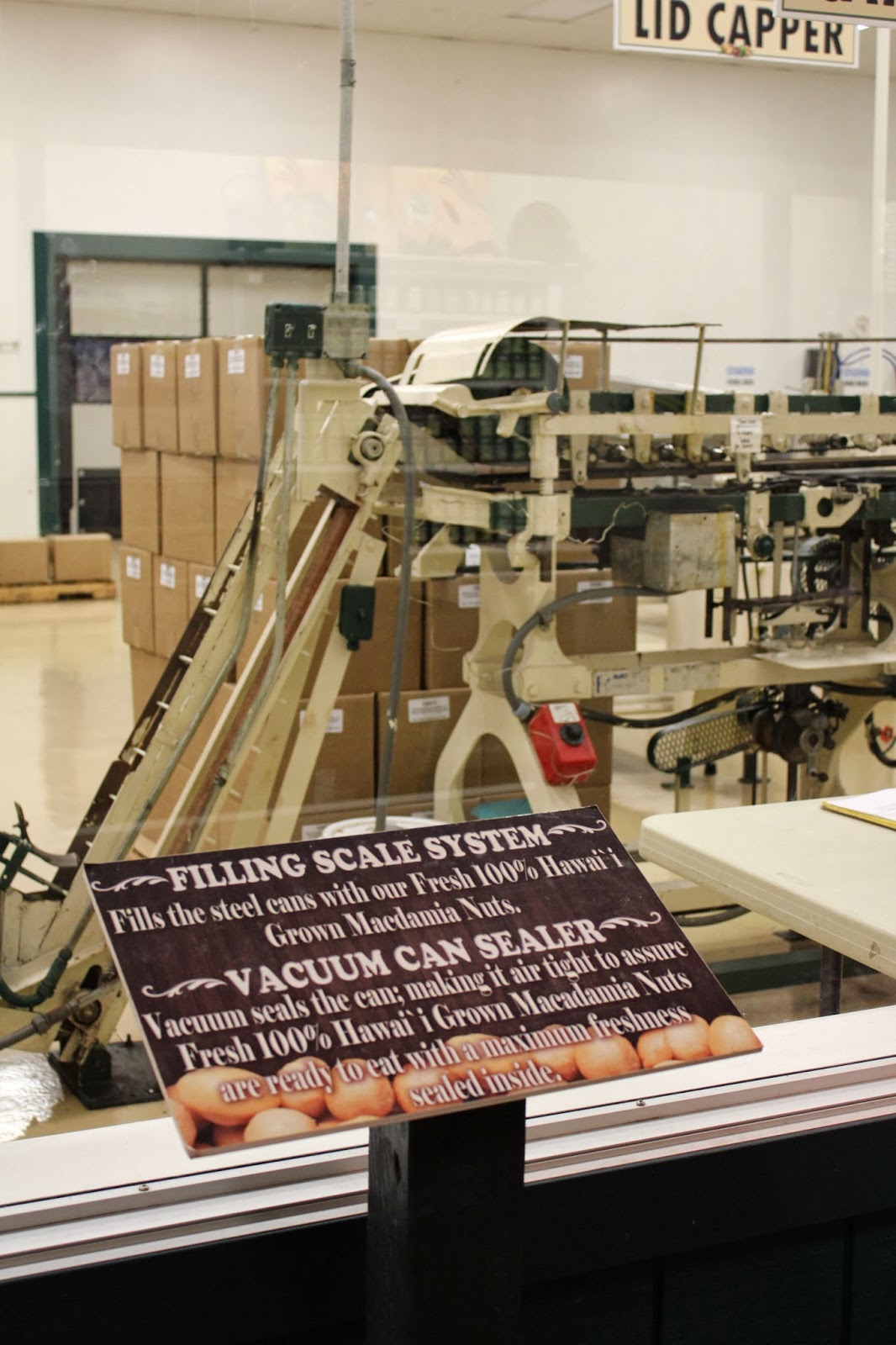 They use no fossil fuels in the drying of their nuts; instead they are dried by burning the high energy macadamia nut shells and converting that energy into steam, which is then used for drying.


Not that you ever need (in any way!) an excuse to eat a macadamia nut, but Hamakua Macadamia Nut Company just made this taste experience a little sweeter!
Posted by Kat Thomas at 11:20 AM