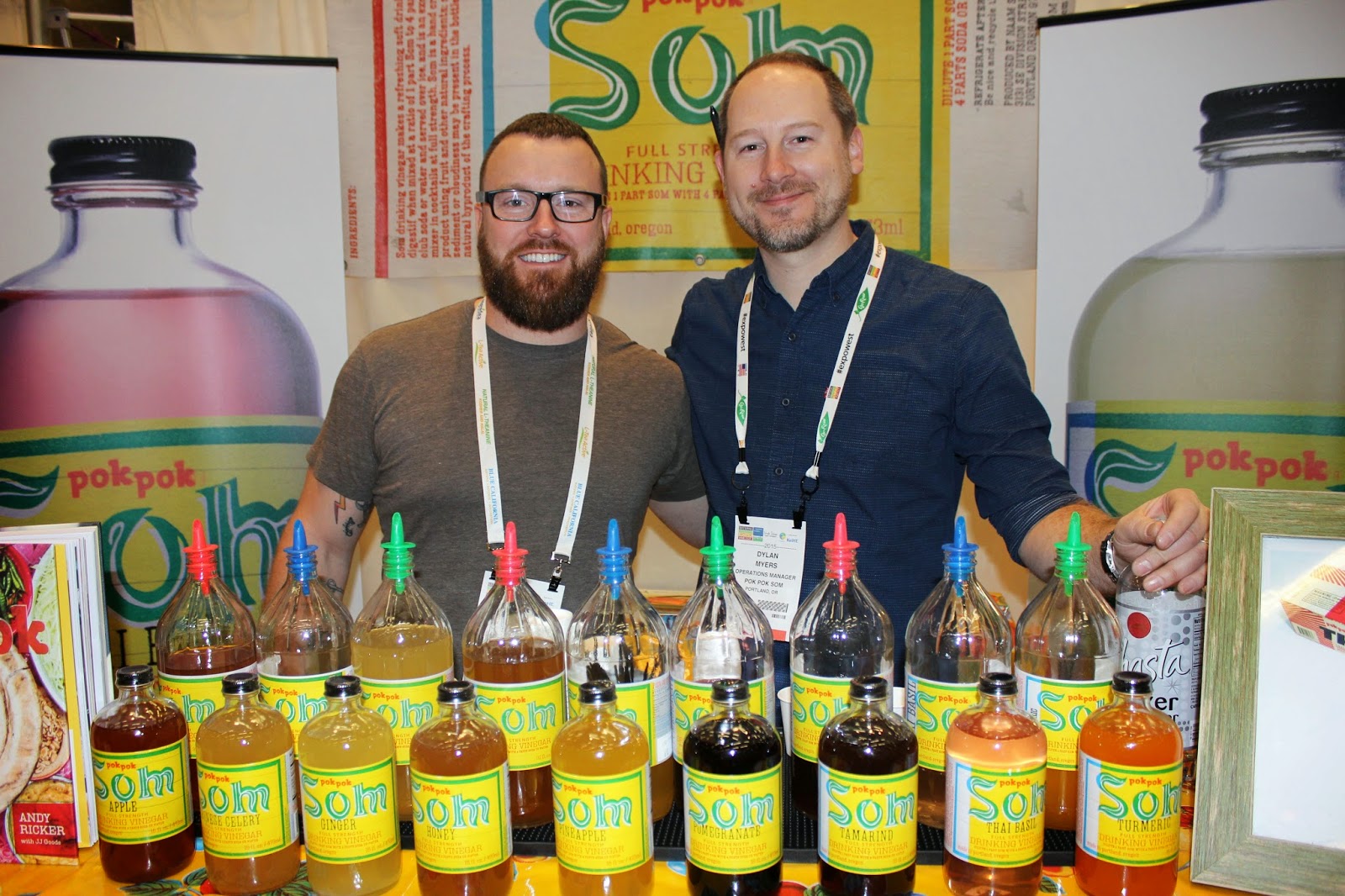 One of Edible Skinny’s favorite new discoveries at this year’s Natural Product Expo was Pok Pok’s Som.   Som is a fun sweet and tart fruit and vinegar based concentrate that makes a refreshing all natural soda alternative or a unique cocktail mixer.

With multiple health properties and only a wisp of calories, drinking vinegar is having quite a comeback.  Using vinegar for natural cures is an age-old practice in many cultures around the world, including here in North America, when in colonial times "shrubs" were a common way to preserve fruit for the winter.

Portland Chef Andy Ricker, a James Beard Award recipient for his take on regionally specific Southeast Asian cuisine with his restaurant Pok Pok, decided to create his own drinking vinegars after finding them in local Asian markets in Portland, Oregon.  Apparently he did a good job, as Som was the Winner of the 2014 sofi Award for Outstanding Vinegar Category from the Specialty Food Association.

Compared to the drinking vinegars Ricker found in the markets, Som has more fruit flavor and lacks that nasty artificial flavor found in many of its competitors.  Some of Som’s more popular flavors include Apple, Ginger, Pineapple, Pomegranate, Tamarind and Thai Basil.  Som is now used in all 9 Pok Pok restaurants in cocktails and non-alcoholic drinks (including their LA location!).

Som can be used to make an all natural soda or to master that perfect healthy cocktail.  Their Ginger and Thai Basil Som are perfect for something that will delight even a master mixologist.

You can buy Som locally at Pok Pok LA or online at http://www.pokpoksom.com/