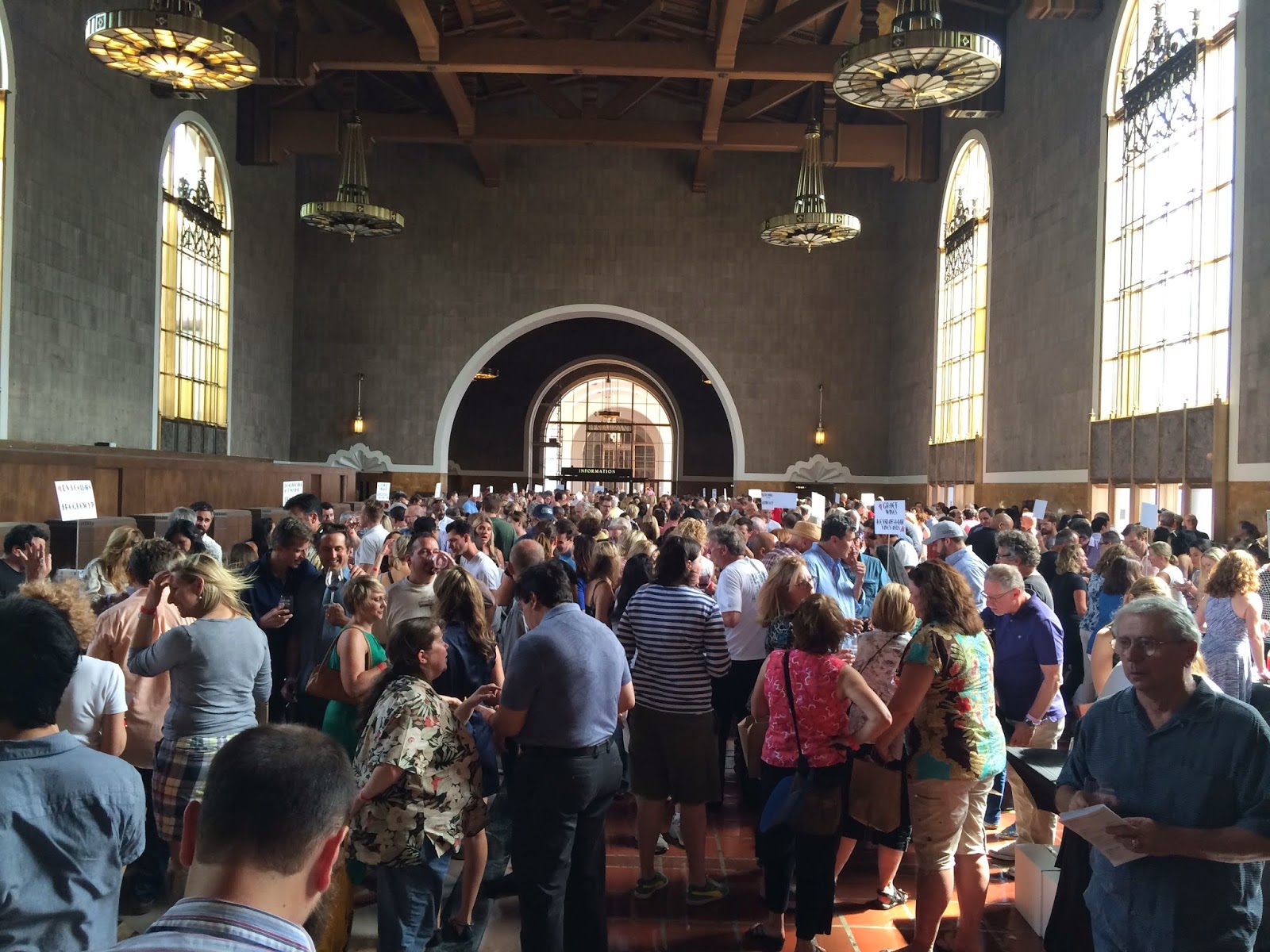 “GARAGISTES – (gar-uh-zhē-stuh) n, Fr.  – A term originally used in the Bordeaux region of France to denigrate renegade small-lot wine makers, sometimes working in their garage, who refused to follow the “rules.” Now a full-fledged movement responsible for making some of the best wine in the world.  Who’s laughing now, Francois? Syn: Rule-breakers, pioneers, renegades, mavericks, driven by passion.  Welcome to Garagiste, a place for the underground, the different, and the cutting edge of small production winemaking with no rules.”

Edible Skinny was lucky enough to attend the first Los Angeles ‘Urban Exposure’ Garagiste Festival at Union Station last week with the lovely Miss Angelina Meany.  Despite the heat, the Garagiste Festival welcomed 500 Angelenos to this sold out event with 45 artisan winemakers, including 12 commercial, urban-based micro-production artisan winemakers who live in Los Angeles.

The non-profit Garagiste Festivals are the only events that exclusively showcase high-quality, 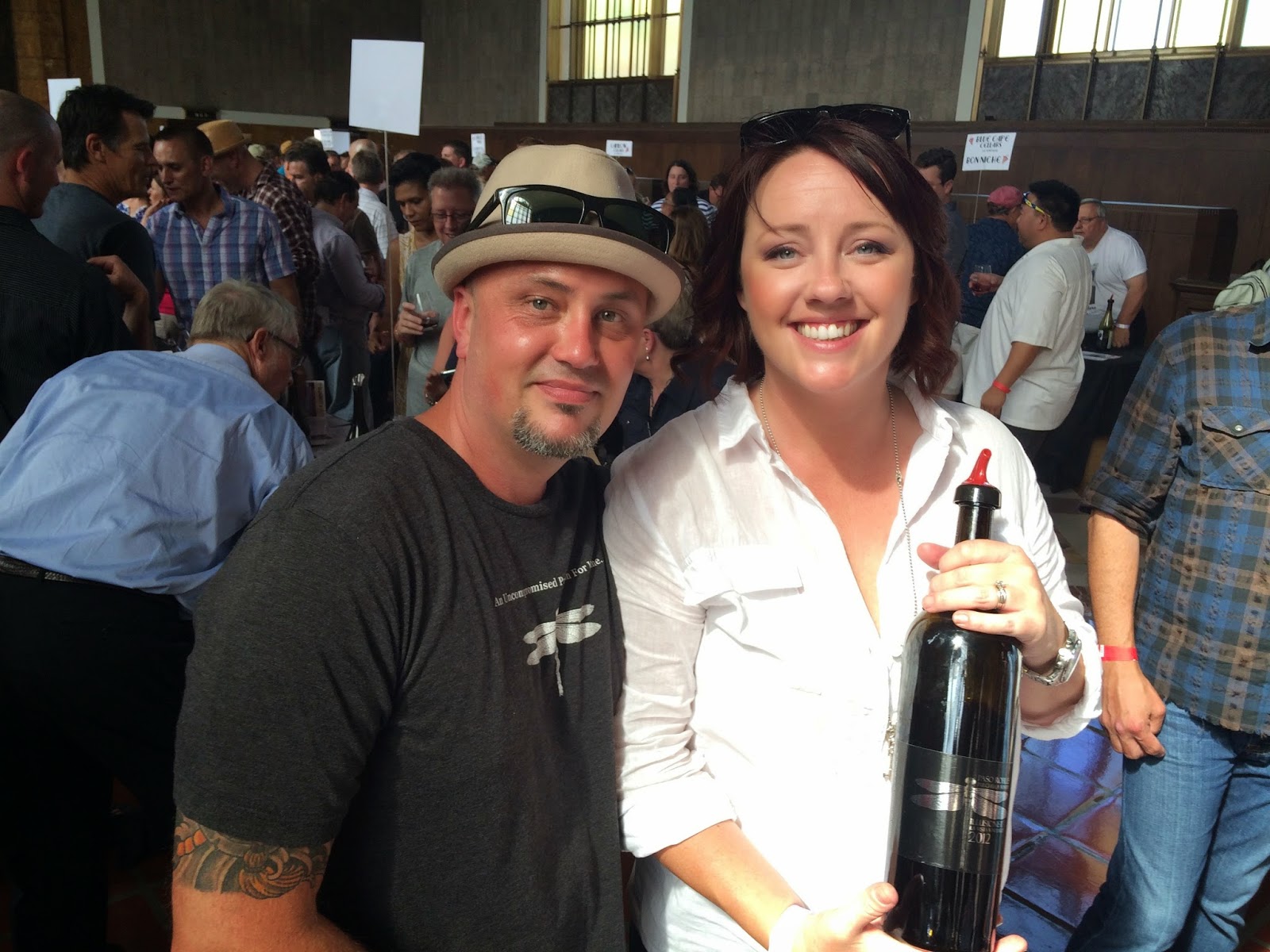 cutting-edge, small-production commercial wineries that produce fewer than 1,500 cases a year, and have emerged as among the most unique and influential wine events in the US.

There was lots of vino sampled that day and some of our favorite picks from this year festival included:
The Garagiste Festivals recently announced the dates for the fourth annual Paso Robles Garagiste Festival November 6th – 9th, 2014.  Returning to its roots in the heart of Paso Robles, the event will expand to Ponderosa Pavilion at Paso Robles Fairgrounds along with other local venues for four days of tastings and educational events with over 50 artisan ‘garagiste’ winemakers.   Returning popular events include the Opening Round, two wine tasting seminars, Shiners, Samples and Secrets, and the festival’s signature Rockin’ After Party.