The Fabulousness of Herradura's Colección de la Casa and Redbird! 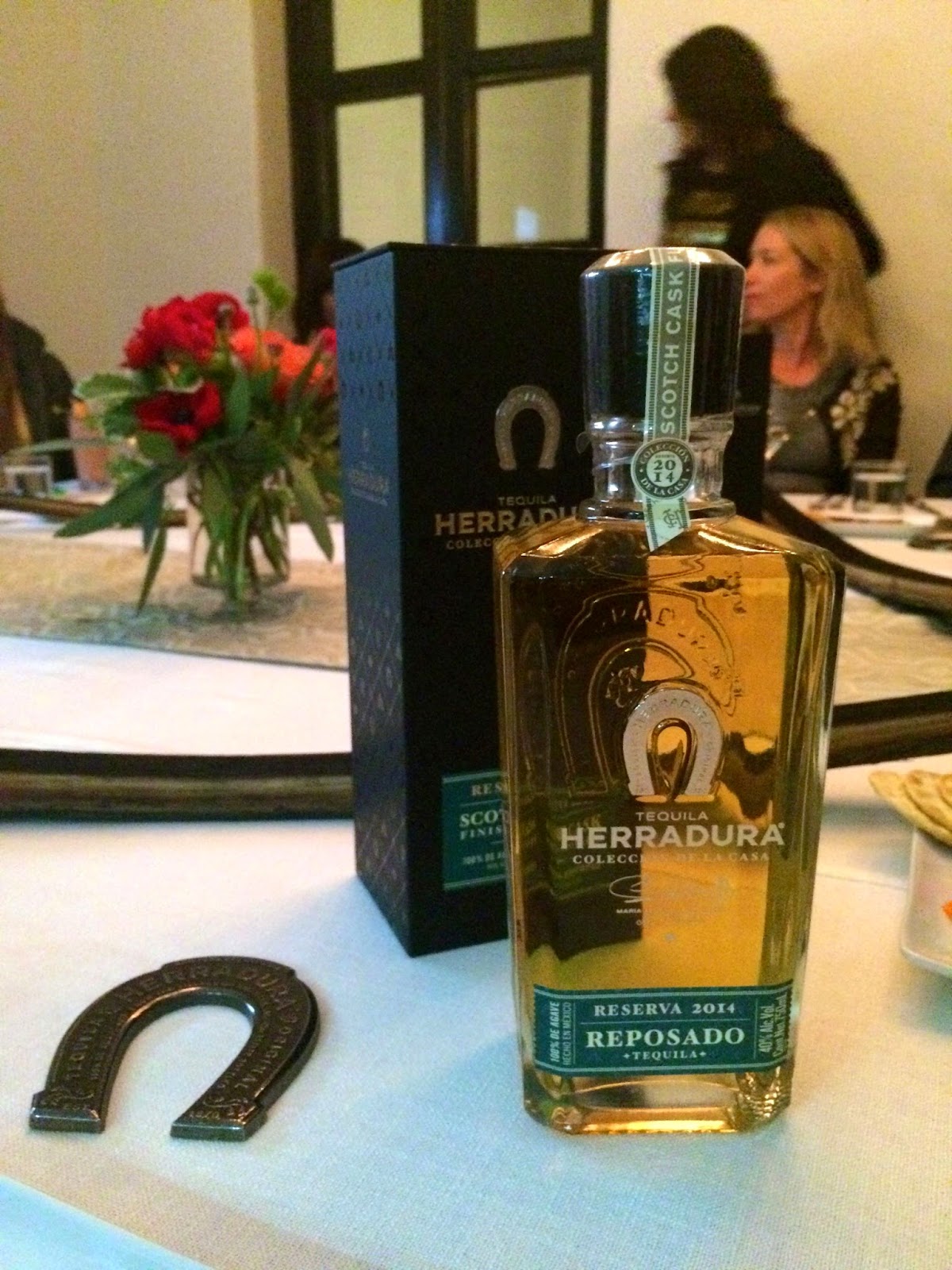 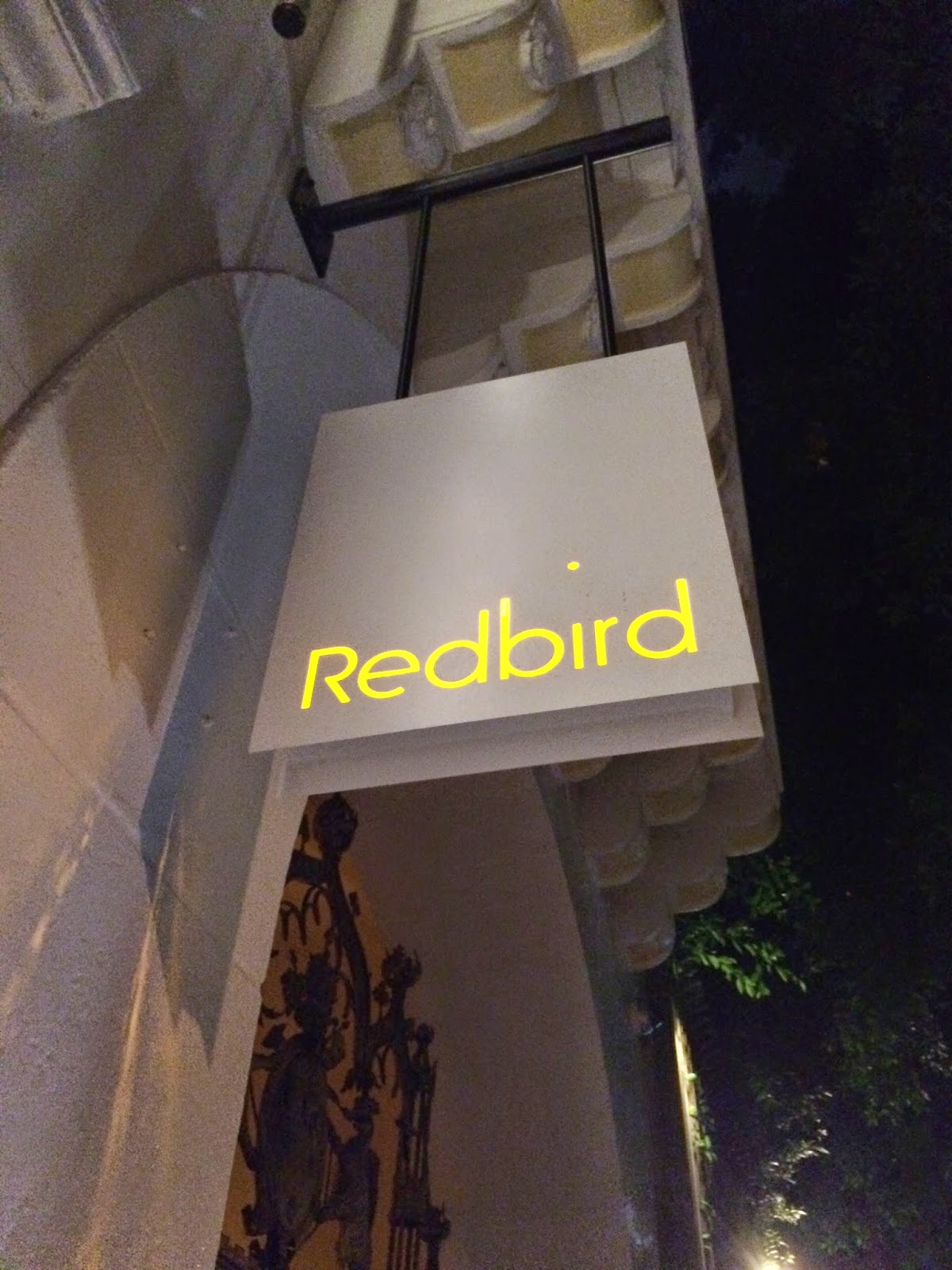 Casa Herradura started their Colección de la Casa legacy two years ago with the successful launch of the inaugural “expression” Port Cask Finish Reposado.  This was then followed up with their second “expression” Cognac Cask Finish Reposado.  The third in this series is a Scotch Cask finished Reposado that acquires its complex body and extraordinary smooth taste from resting in two different types of oak casks.  It’s everything that’s great about Scotch, but now in Tequila form 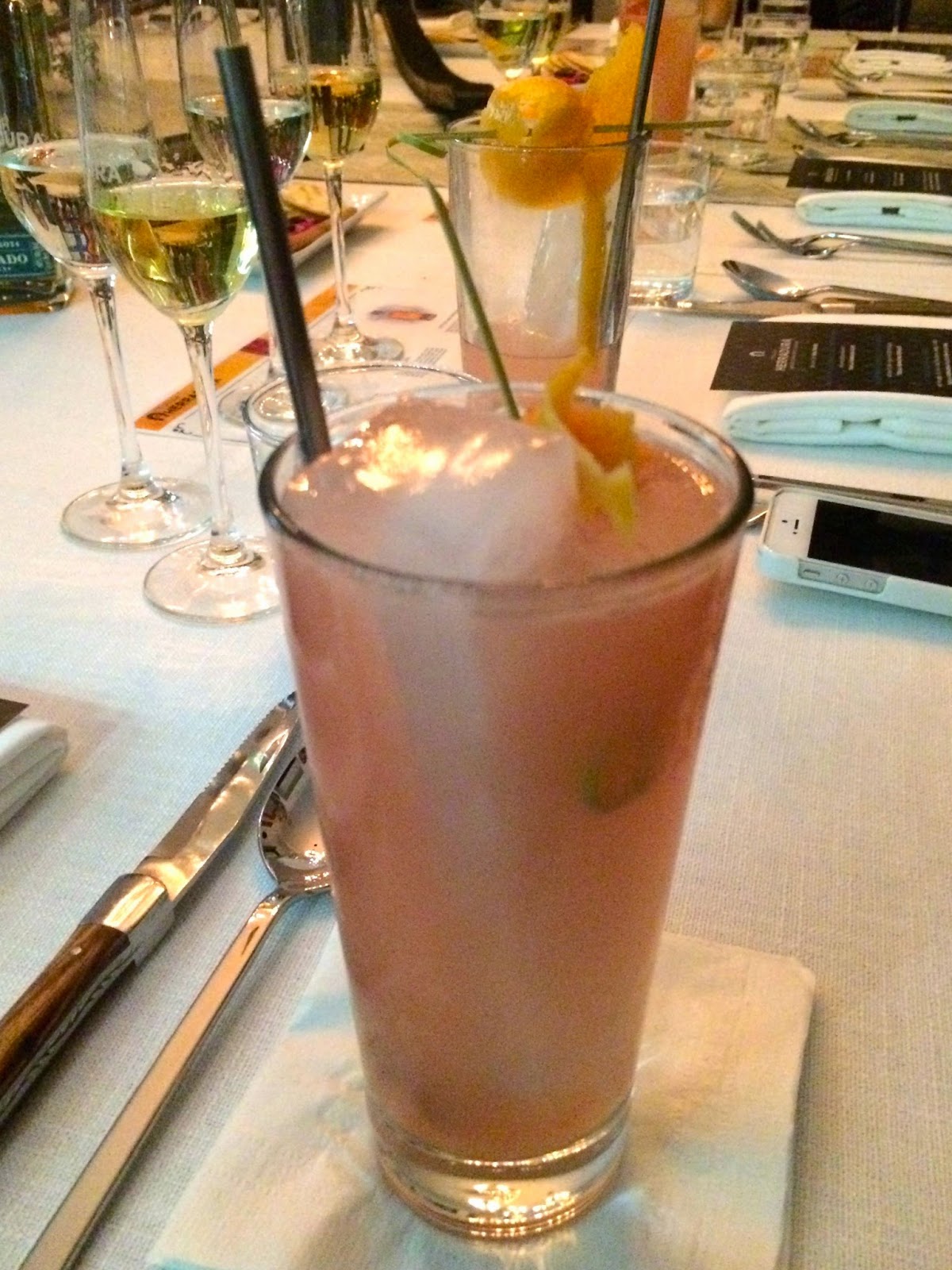 Casa Herradura is one of Mexico’s most historic and renowned tequila producers.  Founded by Ambrosio Rosales and Aurelio Lopez, Casa Herradura has been hand-harvesting, handcrafting, and estate bottling 100% agave tequila at the Hacienda San José del Refugio, since 1870.  Herradura is credited with the introduction of the world’s first-ever Reposado and extra-Añejo tequilas in 1974 and 1995, respectively.  FYI Most Mexicans consume there Tequila straight and we followed this tradition during the entire event.  They might mix it with one mixer such as Coke, but they don’t follow the American standard of Tequila in cocktail form!

And let’s talk about the recently opened Redbird’s location! 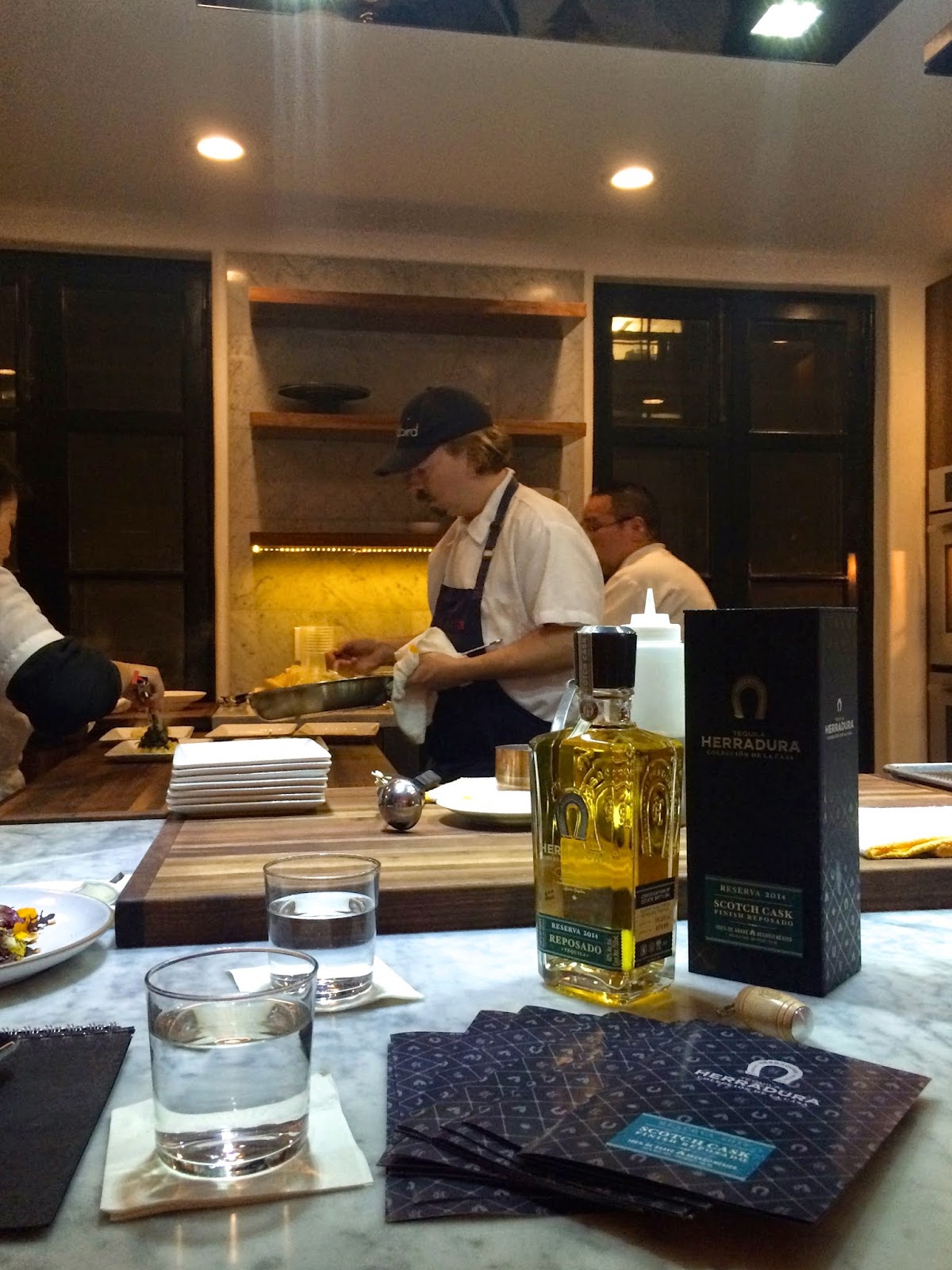 One of the few remaining 19th-century structures in Los Angeles, the Cathedral of Saint Vibiana was dedicated in 1876 and served as a religious landmark for more than 100 years.  After suffering damages in the 1994 Northridge Quake, the historic building was eventually decommissioned and transformed into a special events venue.

Owned and operated by chef Neal Fraser (BLD, Fritzi Dog), his wife Amy Knoll Fraser, and restaurateur Bill Chait (République, Bestia, Petty Cash Taqueria, etc.), the rectory building adjacent to the cathedral was recently converted into Redbird, the much-awaited follow-up to Fraser's last restaurant Grace (RIP). FYI: the restaurant's name is a homage to the cardinal whose offices were once located on this site! 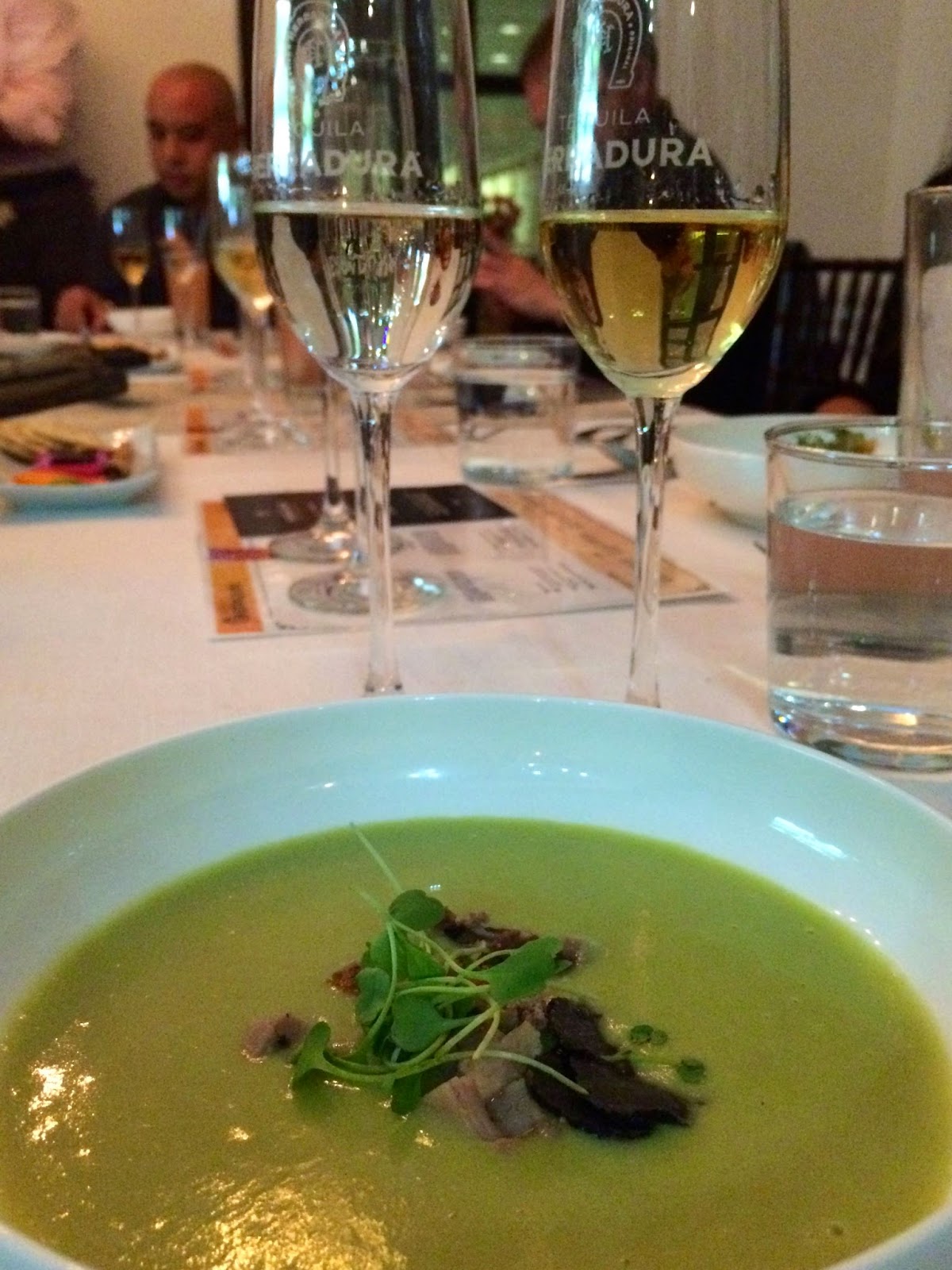 For our Colección de la Casa event we were sequestered away in one of the private rooms off the rectory building that included a balcony, 12-person table, and an exclusive kitchen where Neal Fraser personally cooked for us!  Boom!

From the Veggie sidelines I was able to document the delicate yet gamey (or at least it looked that way) English Pea, Soybean, Black Truffle Soup, and Ancho Sangrita, Avocado.  The dish was paired with Herradura’s simple Blanco (aka Silver)
Blanco (aka Silver) Tequila.   Sweet in flavor with a touch of oak the finish was crisp, clean, and smooth. 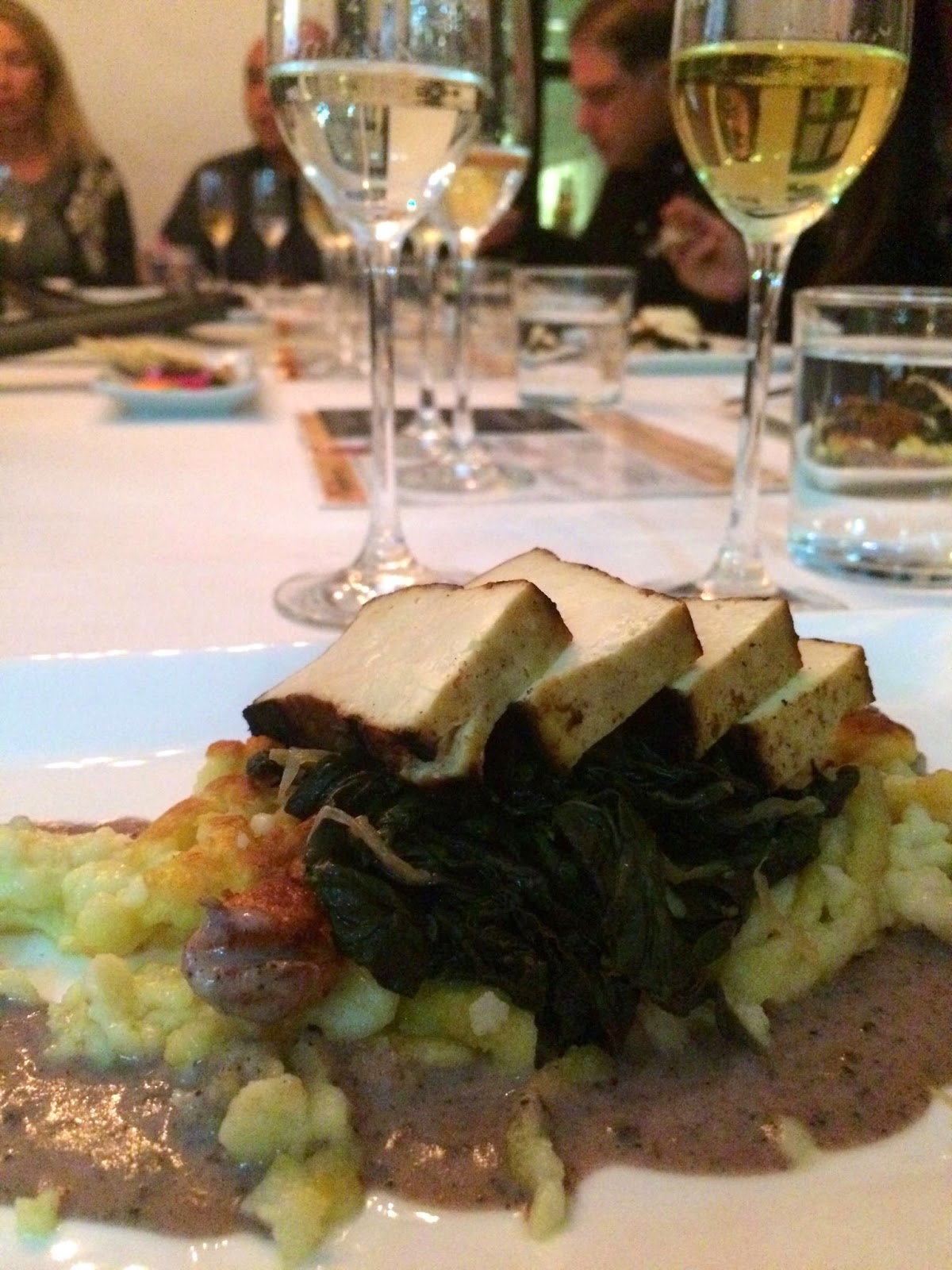 The standard main course was equally as visually gamey (Bacon Wrapped Saddle of Wild Boar with Spaetzle, Kale and Tequila Violet Mustard sauce) but Fraser was kind enough to whip up a Tofu based dish for the Vegs of the group complete with Spaetzle!  Both paired fabulously with Herradura’s Tequila (regular) Reposado smooth flavor profile of vanilla, butter and dried fruit! 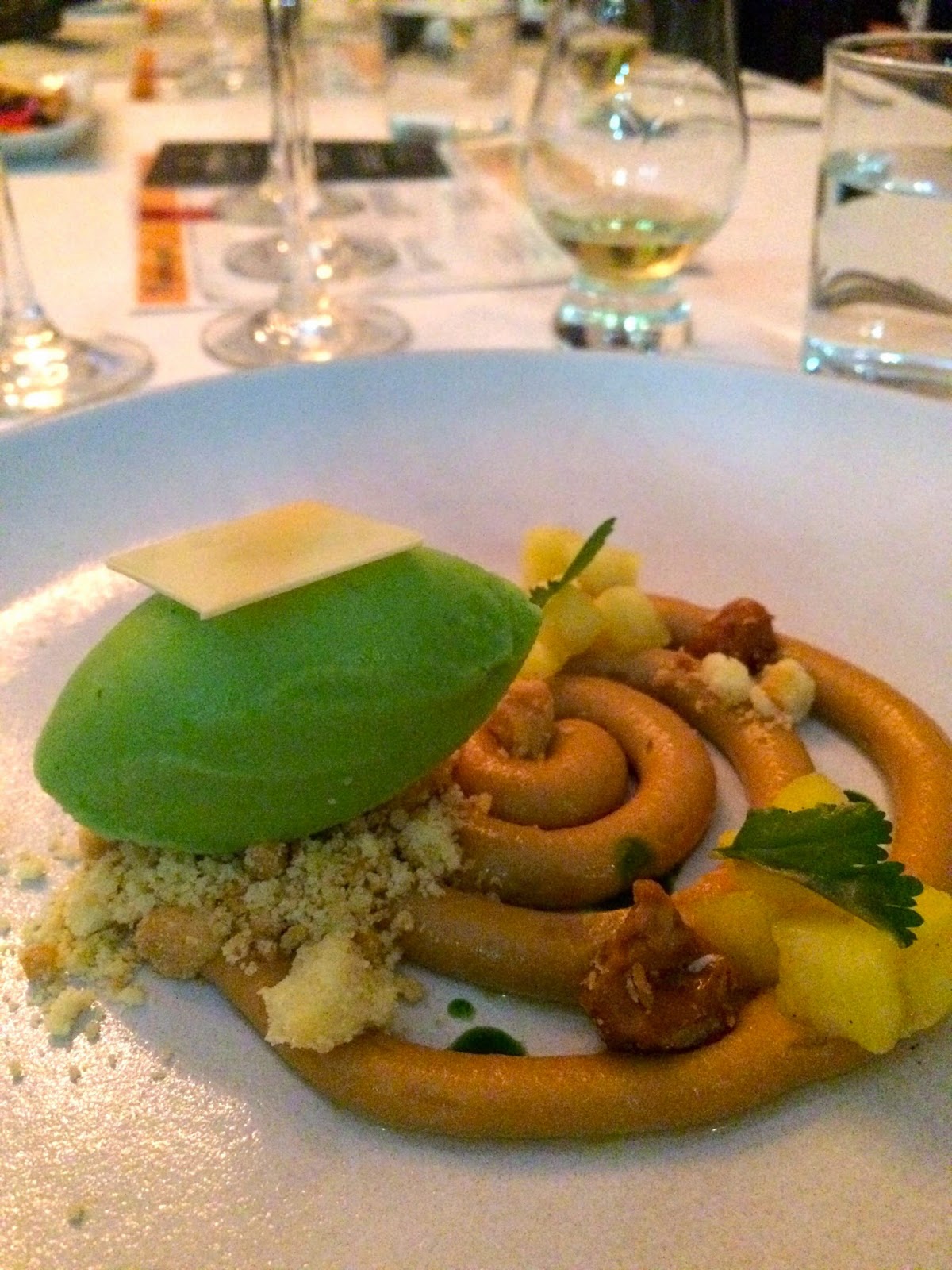 But the most fabulous part of the evening was the most fascinating dessert I’ve had in years!!!  Created by Jashmine Corpuz, Pastry Chef at Redbird, the Tequila Caramel Budino was composed of keffir lime crumble, candied macadamia nuts, cilantro, cilantro syrup, pineapple & vanilla salad, and jalapeño cilantro sherbert.  You haven’t really lived until you’ve tried jalapeño cilantro sherbert with cilantro syrup!!!  This was of course paired with their featured Colección de la Casa Tequila Reposado where its long-drawn out Scotch finish with a touch of sweetness complimented it perfectly!

It was a fabulous event at a fabulous location where I ended up with a fabulous bottle of Herradura’s Colección de la Casa as I was walking out the door!  And how did I end up finishing this fabulous night?   At home surrounded by my fabulous roommates sipping everything that’s great about Scotch, but now in Tequila form!