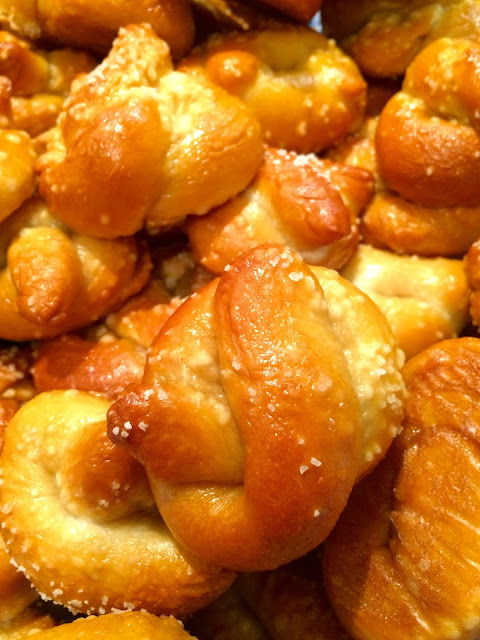 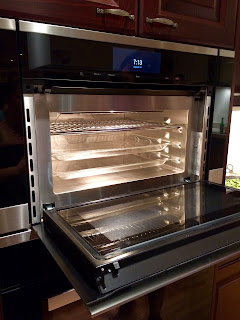 Amuse bouches included German pretzels, which should not be confused with American style pretzels because our European counterpart requires that said pretzels be dipped in lye.  Yes, lye as in the highly corrosive and somewhat dangerous ingredient found in drain openers and soap (see crazy ass moment from the movie Fight Club). 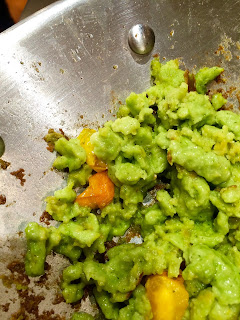 These pretzels take dedication!  Chef Natasha noted that she had dress Walt White style with rubber gloves and fumigation masks during the cooking process.  Once dipped in ingredients requiring Meth cooking uniforms, said pretzels were then finished in a Miele convection oven for that perfect brown sheen and chewy doughy inside.  We have to admit that dangerous ingredients and high performance German cookware makes for some Fan-Tas-Tic pretzels especially when accompanied with Camembert cheese sauce!!!).  Other fun German offerings included spring pea spaetzle (for the vegetarian) and braised pig knuckles over sauerkraut (not for the vegetarian).  While we noshed on the carbohydrate heavy food offerings, Kelly and I were able to learn more about this high-end appliance company that strives to marry the world of form and function. 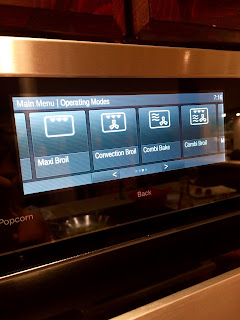 Founded in Germany in 1899 with a single promise of Immer Besser, a phrase meaning Forever Better, Miele has dynamically grown to become the world’s largest family-owned and operated appliance company with more than 16,600 employees, 12 production facilities, and presence in nearly 100 countries.  Miele’s range of exceptional consumer appliances includes: vacuum cleaners; laundry systems; rotary irons; dishwashers; ranges; built-in convection, speed, steam and combi-steam ovens; cooktops; ventilation hoods; refrigeration; wine storage and espresso/coffee systems.  After taking an appliance tour (yes, we took an appliance tour and learned quite a lot as it was lead by the lovely Miele territory manager Lecia Schlesinger) we decided our absolute favorite appliance was the Miele steam oven (and yes we totally had a debate over our favorite appilance). 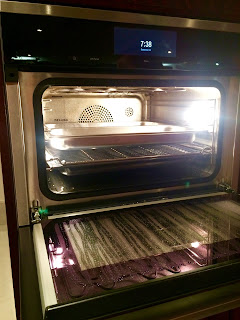 Both a steam cooker and traditional convection oven this appliance announces health has arrived!  Steam cooking is a very European concept and after watching a demonstration of the potential both Kelly and I were ready to jump on H20 cooking bandwagon.  With fast and even distribution, Miele’s steam oven can accommodate simultaneous cooking on three levels without flavor transfer.  Plus because the oven is steam based it guarantees easy peasy cleaning!  Prost to that!

So here’s to life being delicious, all your pretzels being lye based, and cooking with steam!