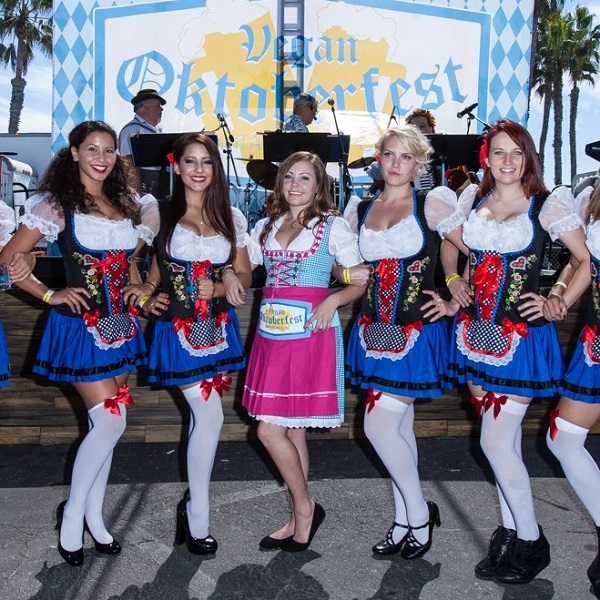 A fine beer may be judged with only one sip, but it’s better to be thoroughly sure.”
-Czech proverb

Beer and Bratwurst served with a side order of piece of mind.  Prost to that! 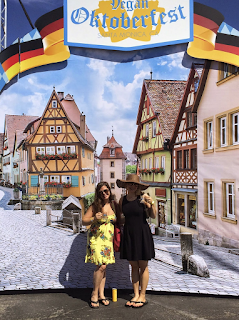 Coming back for a second year, Vegan Oktoberfest is a traditional Oktoberfest celebration featuring great vegan Bavarian food, live Oompah and dance music, and refreshing and delicious beer!  Held October 3rd and 4th at LA Center Studios, the event will feature over 30 food vendors, 50 different beers, and Full Size steins.  So there's no reason to wait to grab your tixs; especially because they won't be sold at the door! 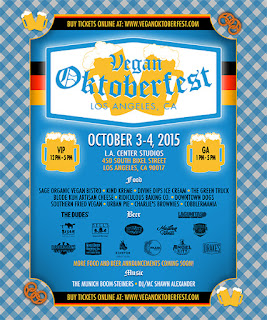 Looking to eat all things Oktoberfest with a clean conscious?  This is LA.... ;-) The Vegan Oktoberfest offers over 30 food vendors that are both delicious and kind to our furry friends.  The spectacularly amazing Sage Organic Vegan Bistro and Kind Kreme will be featuring German style soft pretzels, their famous cauliflower hot wings, and delicious vegan ice cream!  If you haven’t experienced any of these fantastic dishes this is your opportunity to have your mind blown!!!

Vegan Oktoberfest is produced by Red Pill Productions LLC, a company founded by Los Angeles animal rights attorneys David Edward Burke and Jill Ryther.  Vegan Oktoberfest will also benefit a good cause, with a portion of the proceeds going to Expand Animal Rights Now, an organization dedicated to using the legal system to help animals. 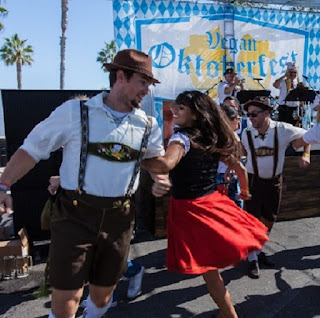 Here’s to life being delicious, celebrating furry friends, and Prost-ing on!