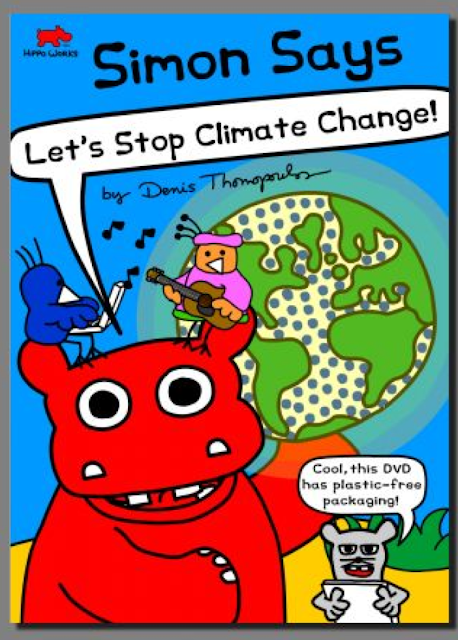 This concept also translates to Hippoworks.com as a whole. The Simon Says “Let’s Stop Climate Change!” DVD cover was made locally in Los Angeles, and has plastic free packaging. Hippo Works is powered by renewable energy, clothing and products are made from organic cotton and recycled papers, and offsets are purchased to make Hippo Works a completely carbon neutral company.
And all of these details are marshmallows. Marshmallows that allow us (kids young and old) to change. To help us live in a world where we can breath clean air and swim in (and run next to) a clean ocean (free from hypodermic needles).
Posted by Kat Thomas at 2:24 PM