Making an Impact at Meteor Crater in Winslow, AZ 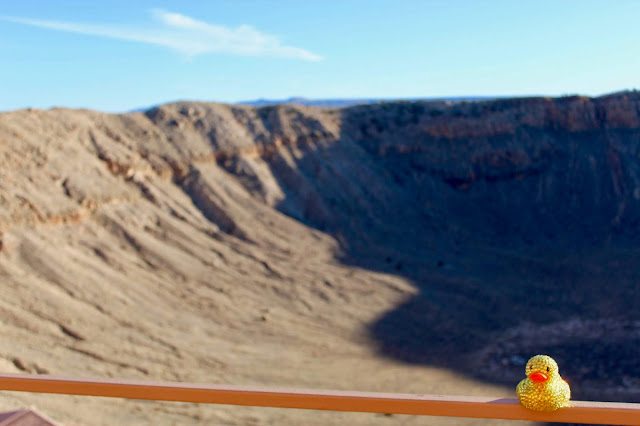 Making an Impact at Meteor Crater in Winslow, AZ

Those who have driven Interstate 40 through Arizona, understand that there’s a lot of “there out there” in The AZ.   Out there is the world of timing your gas station fill-ups so you don’t get stranded, zero bars on your phone, and limited cuisine choices (french fries are a culinary staple!).  But nestled between these modern day landmines is a FABBY SCIENCE distraction, the world of Meteor Crater. 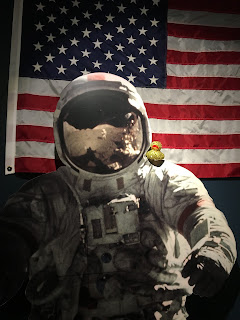 Situated under the wide skies of the Arizona High Desert, Meteor Crater is a meteorite impact crater approximately 37 miles east of Flagstaff and 18 miles west of Winslow.  The site is the explosive result of a collision that shocked the American Southwest approximately 50,000 years ago with the energy of more than 20 million tons of TNT!  Talk about rocking our world! ;-)

Truthfully, although I had driven the Main Street of America (aka Interstate 40) through Arizona many times, the existence of Meteor Crater had never even registered.  But when planning our cross country drive from New Jersey to Las Vegas last year with my Mom and Aunt, I discovered it had been a lifelong dream of my Aunt Kathy to visit this site.  2,540 miles of driving and the only stop she wanted to make was to finally see Meteor Crater!

The hole with many names!  The site was formerly known as the Canyon Diablo Crater and fragments of the meteorite are officially called the Canyon Diablo Meteorite.  Because the United States Board on Geographic Names commonly recognizes names of natural features derived from the nearest post office, the feature acquired the name of "Meteor Crater" from the nearby post office named Meteor.  Scientists refer to the crater as Barringer Crater in honor of Daniel Barringer, who was first to suggest that it was produced by a meteorite impact. 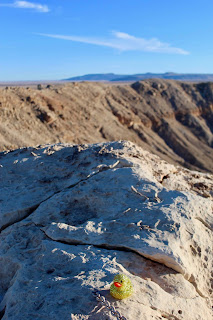 Terrestrial space tourism at its best, the Meteor Crater Visitor Center on the north rim features interactive exhibits and displays about meteorites and asteroids, space, the Solar System, and comets  The crater is privately owned by the Barringer family through their Barringer Crater Company, which proclaims to make it the "best preserved meteorite crater on Earth."  In regards to price point a visit will run you $18 for general admission, $16 for seniors, $13 for kids up to age 12 years old.

It’s fun enough for kids, but geeky enough for NASA Nerds.  The center features the American Astronaut Wall of Fame and artifacts on display such as an Apollo boilerplate command module (BP-29).  One of jewels of their artifact collection is the Holsinger Meteorite, which weighing in at 1,406-pounds is the largest fragment of the 150 foot meteor that created Meteor Crater.  Another fun nerdy fact: during the 1960s and 1970s, NASA astronauts trained in the crater to prepare for the Apollo missions to the Moon.

But really the shining star of the attraction is the the crater itself.  It’s only when perched out on the crater’s rim that you can understand how small we are compared to a single rock from space whose aftermath created a hole nearly one mile across, 550 feet deep, and 2.4 miles in circumference.

So here’s to life being delicious, all your moments being postcard worthy, and making an impact on the world!