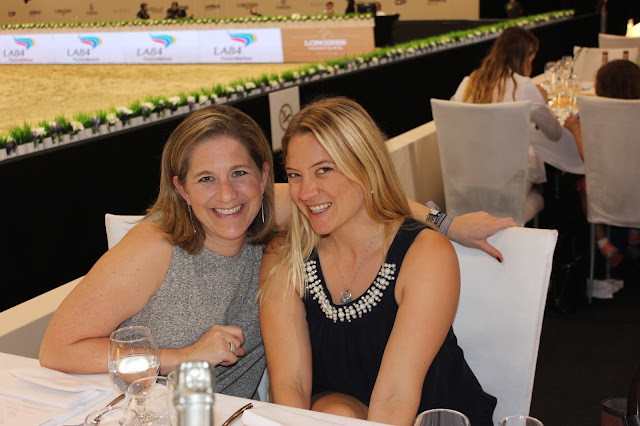 Edible Skinny was lucky enough to experience the Longines Masters last weekend as a guest at the table of Champagne Baron de Rothschild; and if you’re going to be the guest of anyone’s table at the sold out Los Angeles leg of a three part indoor show jumping Grand Slam featuring horses that cost upwards to 50 million dollars, one of the newest and most delightful champagnes in the luxury market is the way to go! ;-)

The Longines Masters was a display in lavishness.  The horses were divine (my Black Stallion novel loving inner child was giddy beyond belief!), the food was exceptional (Yves Mattagne, 2 star Michelen Chef, was flown in for the event… he made great veggie dishes and has a penchant for pouring sauces tableside), but the Baron’s best bubbles were what made the event! 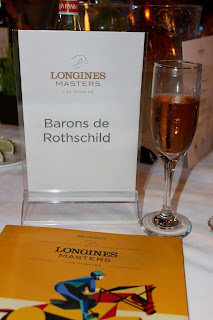 Our host of our tour into the world of affluent effervesce was Monsieur Frédéric Mairesse, Managing Director of the Champagne Barons de Rothschild.   A former winemaker, Frédéric had previously worked for such champagne powerhouses as Champagnes Mumm et Perrier Joüet, Danone Champagne Pommery & Lanson, and LVMH.  In 2003 the Rothschild family decided to take on the challenge of crafting the perfect champagne label (the family had entered the winemaking business 120 years ago and have mastered such favorites as Opus One in Napa).   Their first release was in 2009 and five years later you can find the family’s 300,000 plus Champagne bottles per year in more than 82 countries around the world. 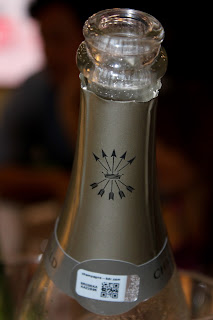 Frédéric spends most of his time as a Negociant (French for purchaser of grapes) vying for the best Cru grapes (French for the best grapes possible) in an area where there is a finite number of Cru grapes because there’s a finite amount of land (most of these farmers live in tiny houses with a few rows of grapes in the backyard… and a Lamborghini in the driveway).  But Frédéric is a wunderkind of a negotiator as their Brut Multi-Vintage contains 60% Chardonnay grapes that are primarily Grand Crus from the Côte des Blancs.  Champagne Barons de Rothschild focuses on multi-vintage for their Champagne line (due to the exclusivity of the grapes nearly 75% of Champagne produced is non-vintage and made up by a blend of several years' harvests).

The Rothschild’s approach is their champagne label is a family affair; they look at their fizz as an investment in their children’s future.  The bottle’s symbol of five intersecting arrows represent the 5 sons of Mayer Amschel Rothschild, the original patriarch of the Rothschild dynasty, who in the 1700s sent his five sons out to the countries of Europe but advised them to always unite and work together as family.  A philosophy that allowed the Rothschilds to become the wealthiest family in human history.  And now they’re taking the philosophy into the world of Champagne. 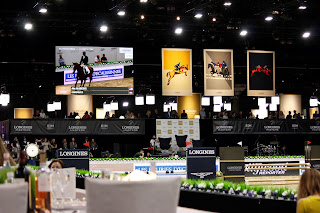 The results are a Brut Multi-Vintage ($99.99) a rich bubbly nectar that that sips with the lightness of the spark of a new idea.  Wine Spector called it, “well-knit, integrating a firm backbone of acidity and a fine, lightly creamy texture with flavors of patisserie apple, pastry, blanched almond and meringue. A smoky hint of minerality gains momentum on the finish.” 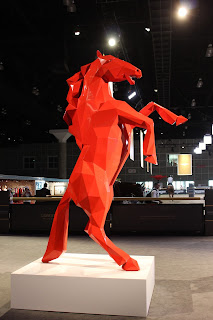 While at the Longines Masters,  I was also lucky enough to get to sample the Rothschild’s Rose Multi-Vintage (of which only 5,000 bottles are made a year).  As every blissful sip of silky splendor swirled on my palate complimenting the spectacular event before me, all could I think was this is what precision of craft is all about.

Here’s to life being delicious, sipping the finest of Champagnes, and having grapes in the backyard and a Lamborghini in the driveway! ;-)