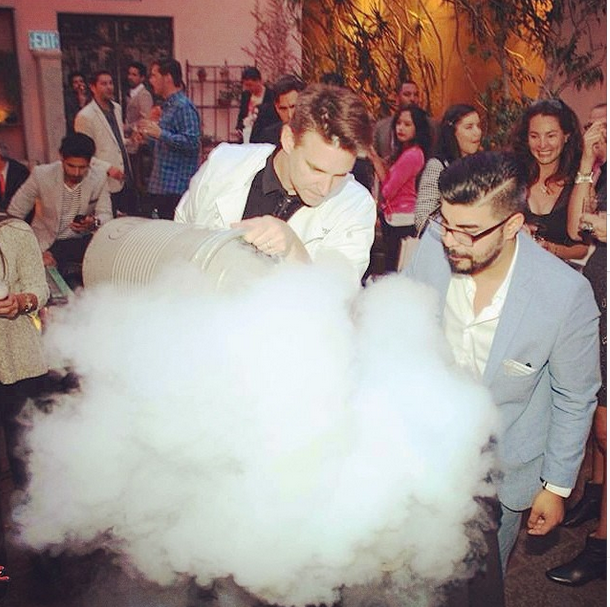 Rob Floyd, the National Director of Mixology at 41 Ocean in Santa Monica, has created a zany libation filled Universe with his irreverent and informed Cocktail Theatre.


The first sold out show, which bestows a wry and fantastical view on the history of mixology, featured the story of a luchadore, bunny, and an angry fairy.  This Saturday Floyd will return again with a, “Salute to Bikinis and Beach Bums,”exclusively held at 41 Ocean on Friday, July 11th. Floyd has quite the history as a craft concocter, working at such hotspots at Park Avalon in NYC, Chateau Marmont (where he was named of one of the Top Bartenders in America by Blackbook Magazine in 2007), The Bazaar, and the Library Bar at The Roosevelt Hotel in Los Angeles (where he was lead mixologist).


After building what the Huffington Post called “the top molecular mixology program in America,” Floyd topped his own CV by designing unforgettable cocktails for the EMMY’S, GRAMMY’S AND OSCAR’S campaign.  He is currently on a national radio show with Chef Jamie Gwen, where he’s constantly composing new creations and sharing his wealth of blending knowledge.


But most special of all is his Cocktail Theatre shows which for the past two years, have been selling out in places like Los Angeles, New York, and Las Vegas.  In the near future Floyd’s been scheduled for more shows in Mexico City and even Tokyo.


For those looking to check out Rob’s one-of-a-kind show you can click HERE.