A Fairytale Life of Carmel and the Hofsas House 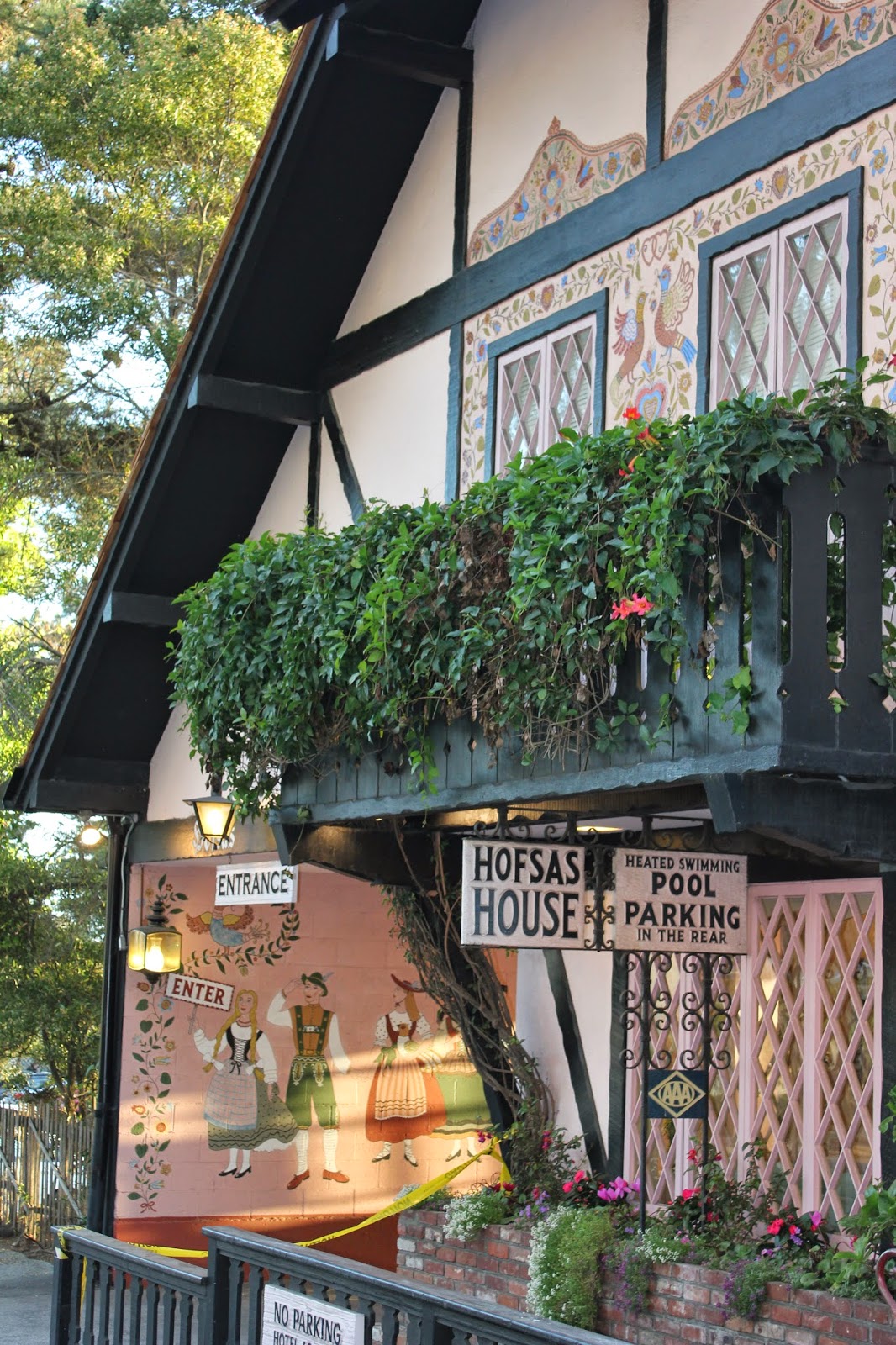 The next stop in our Vines to Vinos Tour with a stay at Hofsas House in Carmel-by-the-Sea (aka just Carmel).

A two-hour drive from San Francisco, Carmel is known as a village in the forest by the sea.  Carmel’s Bohemian founders fought to maintain the outdoor mystique and small-town appeal (1910 it reported that 60 percent of Carmel's houses were built by citizens who were "devoting their lives to work connected to the aesthetic arts") and their efforts are still evident today. 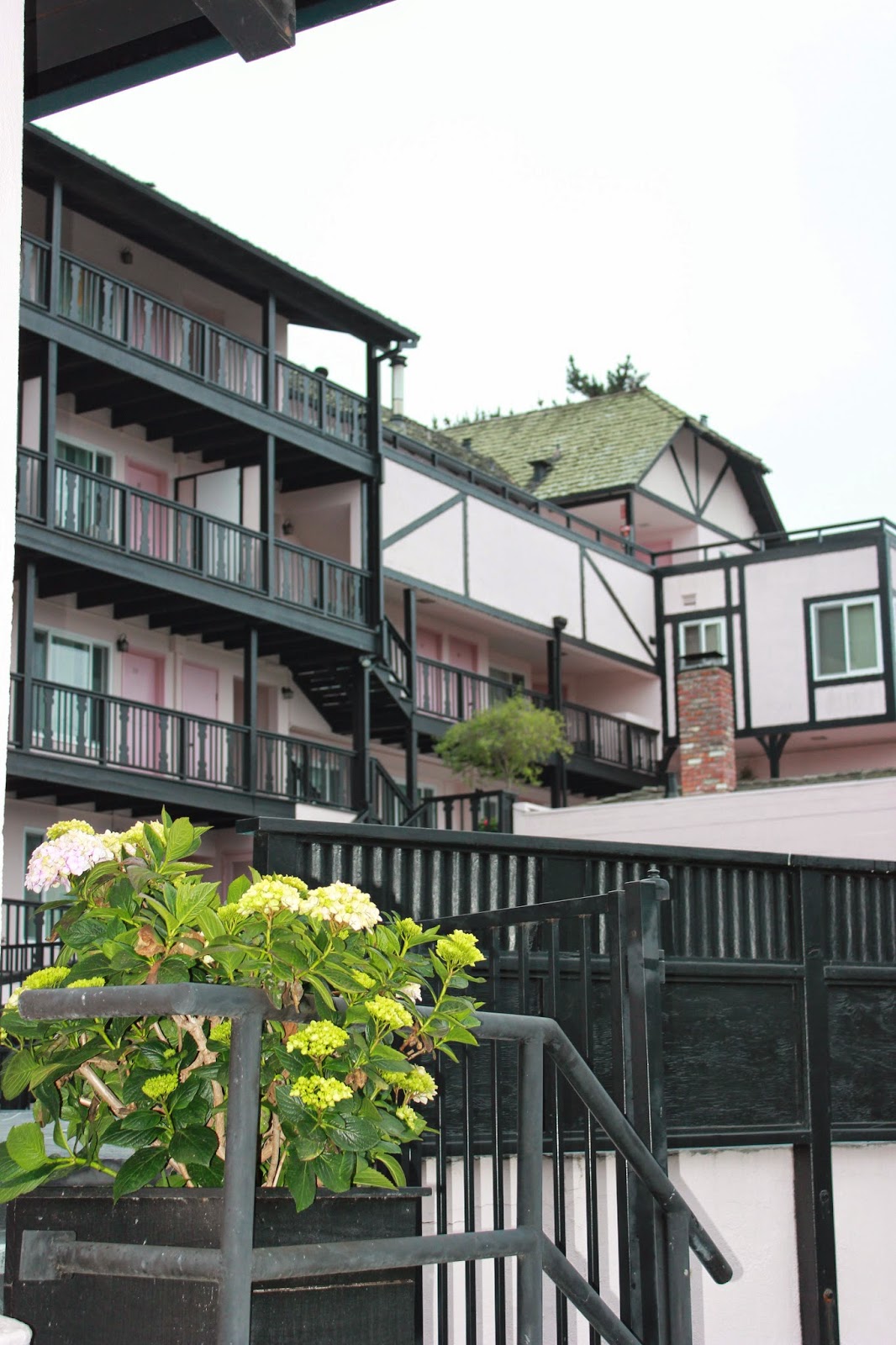 Most everything is within walking distance in this one square mile village: fine dining, art galleries, shopping, beaches, and parks.  The residential district has no sidewalks or street lights, and the beach is unadulterated by commercial development.  There’s a housing code that no buildings can be constructed over two stories.  Dutch doors are everywhere (everywhere!).  Homes are known by their name and have no street addresses.  And then there’s the dogs…

No one is exactly sure when it began or how, but thanks to celebrities such as Doris Day and Betty White, pets get the spotlight in Carmel.  All you have to do hear that the population of Carmel is cited as 4,037 people, and 847 dogs!  Many restaurants, shops, art galleries, and inns are pet-friendly allowing man’s best friend to go everywhere you go.

Carmel is all about the boutique experience; they’ve got 45 inns, but they’re all small.  One such pink hotel is the Hofsas House, our home for the next two days of the Vines to Vinos Tour. 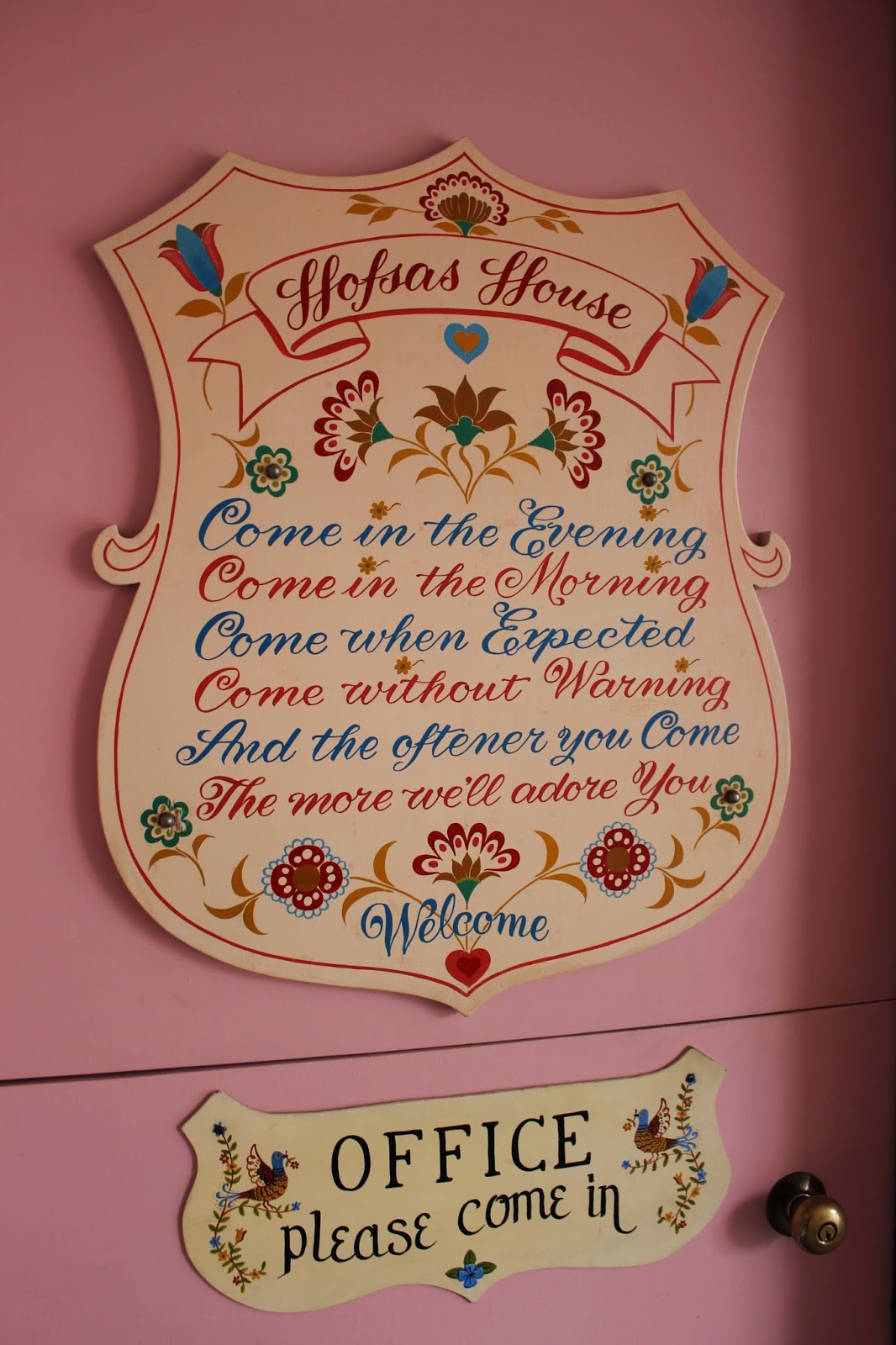 Hofsas House celebrates European elegance with the warmth of family hospitality. Not the easiest word to pronounce (the first part is like “Hos “ in hospitality, the “Sas” part is pronounced “Sis” (as in your best friend)), but for over 60 years, the Theis Family has been providing hospitality designed to suit everyone’s travel tastes.  General Manager Carrie Thies noted, “Our inn has a very at home feel that emanates comfort, we consider it an extension of family hospitality.”  There dedication to going the extra mile was displayed when I forget my favorite headband at the hotel.  Upon calling over I discovered they categorized all lost items by date and later on that day it was already in the mail back to me!

Donna Hofsas and her husband Fred, moved from Los Angeles to Carmel in the late 1940s.  While he was busy as an accountant, she oversaw the cottages they had purchased in town, living in one and renting out three others, and so began Hofsas House.   In 1957, they took the major step of building the main hotel, adding 25 rooms and a swimming pool, moving their business to the next level.   After they divorced, she kept Hofsas House, and in the 1960s, she added the north wing and meeting room. 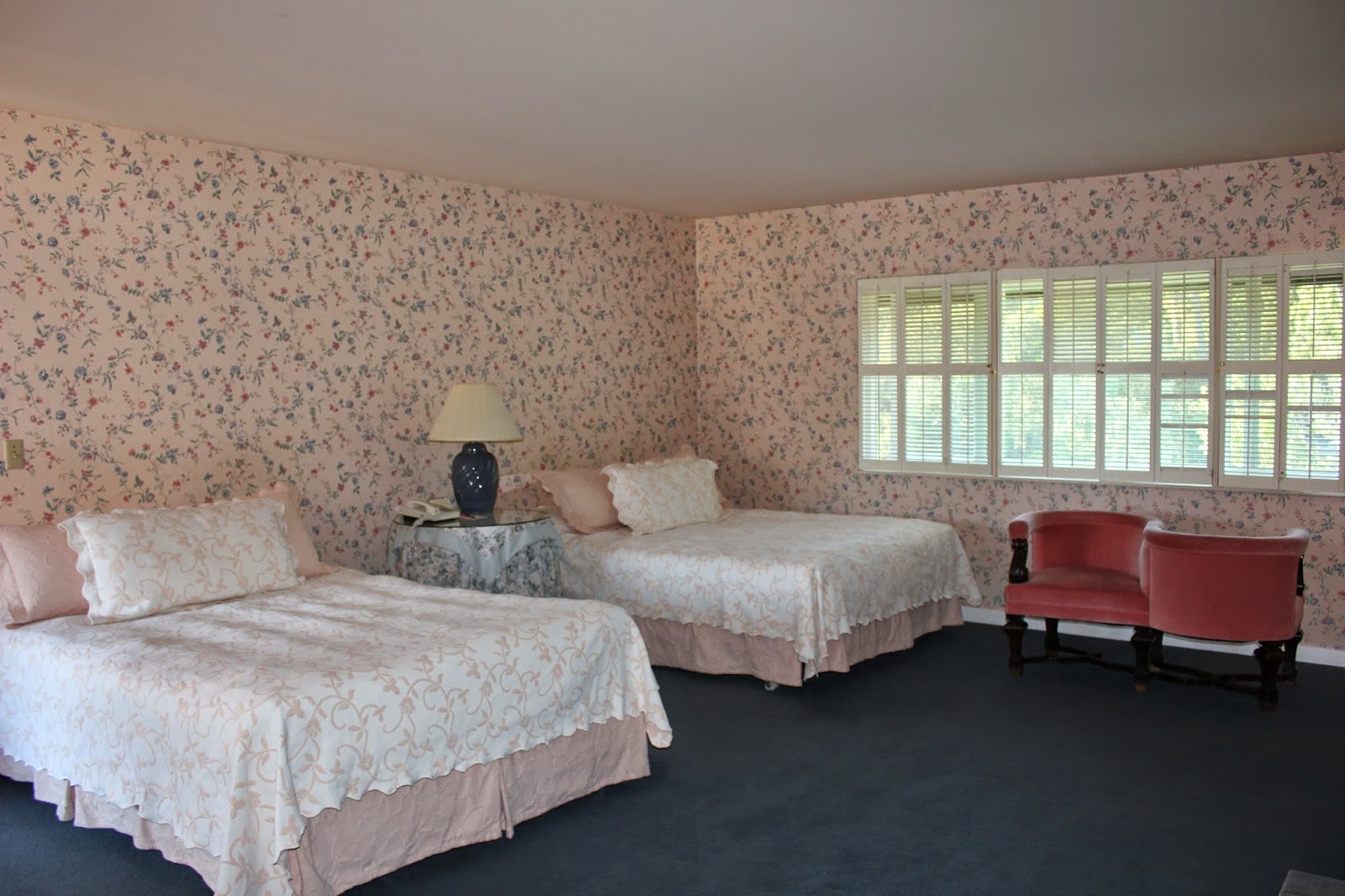 The hotel bears many of Donna’s personal touches.  She commissioned her friend, artist Maxine Albro, to paint the Bavarian-themed welcome mural, and three of Maxine’s paintings hang in the lobby, as well.  Fred, who was also an artist and photographer, created the mosaic coat of arms, whose Latin words mean “Leisure with dignity.”  In 2000, Donna’s granddaughter, Carrie Theis, with whom she had been very close, became General Manager.  It was a full-circle journey for Carrie, who spent summers as a child helping her grandmother at Hofsas House, escorting guests to their rooms at the tender age of 8 and getting a seat behind the front desk when she was 12.

Thus magic of Germany is still showcased nearly 60 years later in 38 one-of-a-kind, spacious European rooms, many with ocean views.  Rooms have Dutch doors (of course they do!), free WiFi and many of the rooms and suites have fireplaces, private balconies, wet bars or kitchens as well as patios for enjoying the beautiful ocean view.  A heated pool, dry saunas, decks with views and complimentary off-street parking are also offered as well.  Each room at the Hofsas House is decorated differently, our room was unofficially known as the, “the girl room,” since it was all frilly and pink. 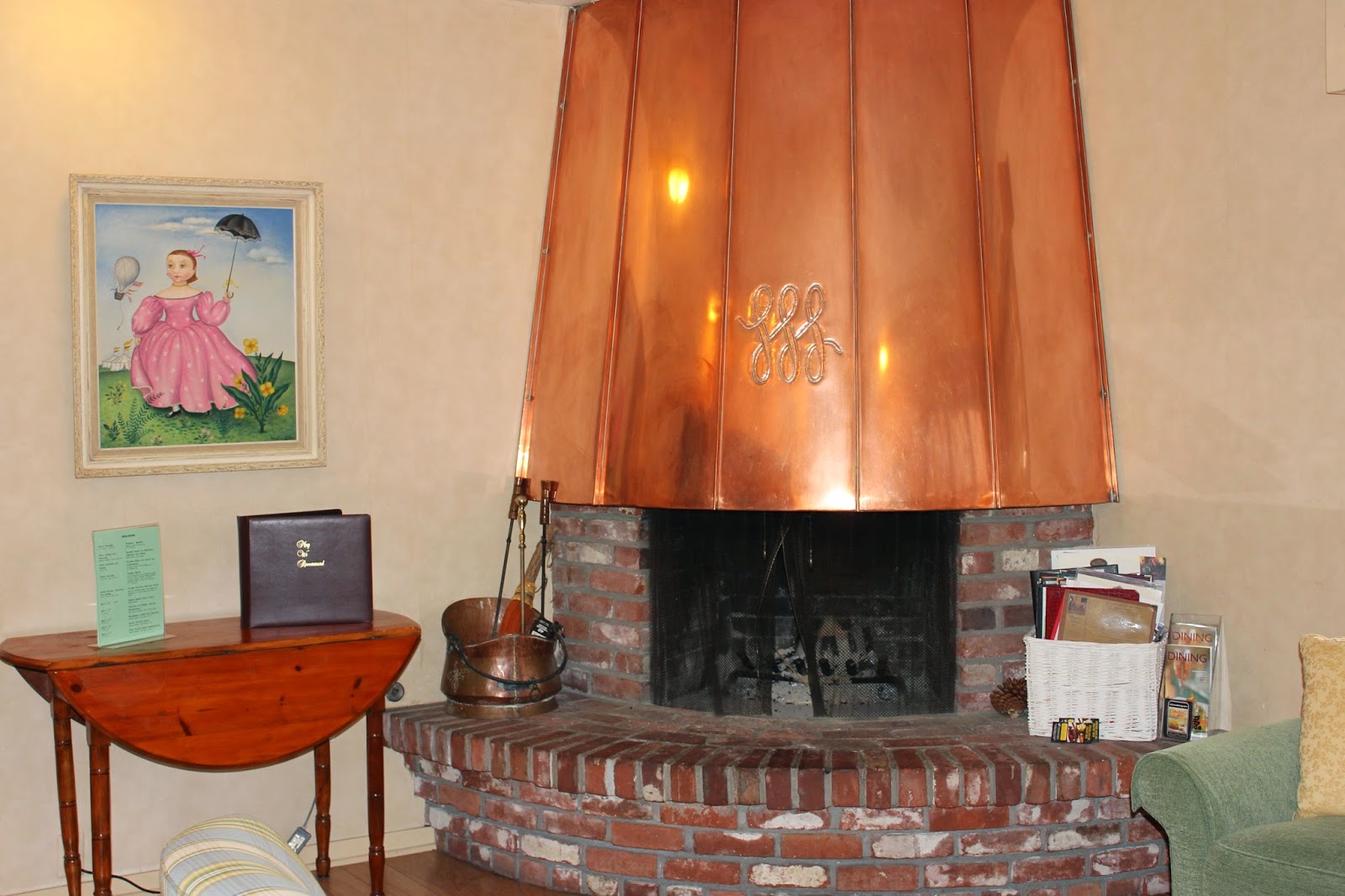 Like most inns in Carmel, Hofsas House serves a Continental Breakfast.  Items such as pastries from Paris Bakery in Monterey and a carafe of coffee are available to take back to your room or enjoy in their fire lit lobby.  Because, as Thies noted, “in Carmel sometimes you need to go searching for sun.”

Which doesn’t mean there isn’t warmth in Carmel.  This village in the forest by the sea contains all the magic of a Grimm fairytale, and what better place to experience it than in the pink hued Bavarian castle of the Hofsas House.