From Portland to Phoenix, The Thomas Sisters Are Bringing Vintage On Demand Typewritten Poetry Nationwide with The Zelda Fitzgeralds 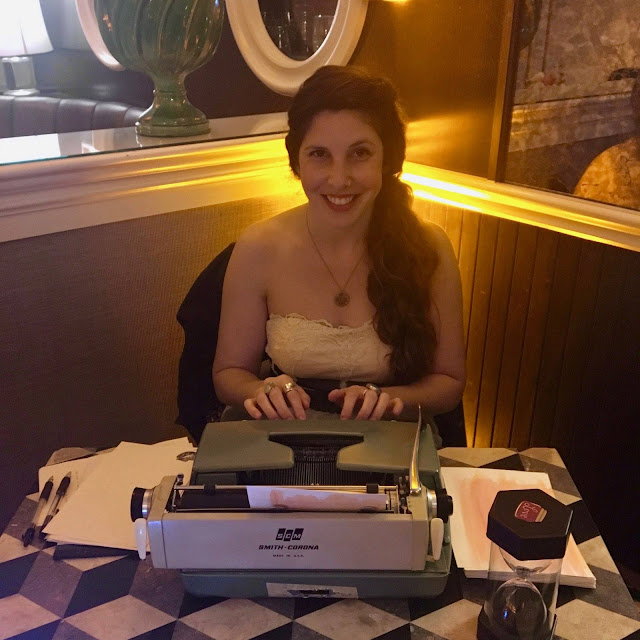 From Portland to Phoenix, The Thomas Sisters Are Bringing Vintage On Demand Typewritten Poetry Nationwide with The Zelda Fitzgeralds
By Matt Bourquardez, Edible Skinny

“She quietly expected great things to happen to her, and no doubt that’s one of the reasons why they did.”
--Zelda Fitzgerald 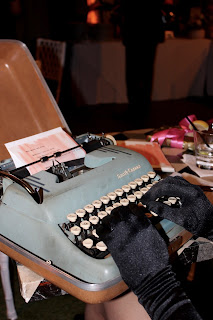 Zelda Fitzgerald was an American socialite, novelist, painter, and wife of author F. Scott Fitzgerald; she was noted for her beauty and high spirits, and was dubbed by her husband as "the first American Flapper.  She had one published novel (Save Me The Waltz), and many more of her writings found their way into F. Scott Fitzgerald’s novels (she once wrote in the New York Tribune of her husband that he “seems to believe that plagiarism begins at home.”).  So it it would seem only fitting that a vintage inspired On Demand Typewriting Poetry brand would chose to honor her through naming themselves The Zelda Fitzgeralds.

“Zelda Fitzgerald was a whirlwind and wonder of a woman.  It is said, F. Scott Fitzgerald used to read her journal and steal snippets of her writing,” notes The Zelda Fitzgeralds Co-Creator Kelly Grace Thomas.  “My sister and I were saddened by how long her talent was hidden from the world.  For this reason, we created The Zelda Fitzgeralds to give Zelda, and really all poets out there, a voice, and a paycheck.  To put their talent in the forefront.   We hope to bring Zelda’s essence and charisma to every client we write for.” 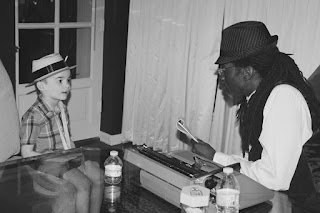 In the last five years typewritten poetry has become quite “The Thing.”  From the release of the typewriter documentary California Typewriter to the emergence of typewriting poetry groups like the Boston Typewriter Orchestra, silent writers the Bumbys, and the in your face-ness Haiku Guys.  Tom Hanks is a collector of typewriters, famed to own over two hundred and fifty typing machines.   And in the midst of this “typewriting poetry revolution,” that the sister team of Kelly Grace Thomas and Kat Thomas created The Zelda Fitzgeralds. 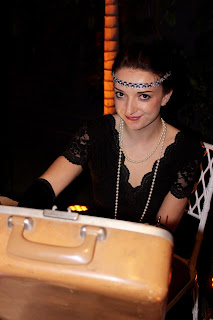 The two gals have creativity in their DNA.  “Kelly’s a nationally ranked poet (though she doesn’t like me to call her that),” boasts The Zelda Fitzgerald Co-Creator (and the elder of the two) Kat Thomas.  “She’s the winner of the 2017 Neil Postman Award for Metaphor from Rattle, a two-time Pushcart Prize nominee, and a Best of the Net nominee; that’s pretty impressive!”  Kat’s “Day Job” was specializing in vintage entertainment as Director of Development at Do Right Industries.  “I’ve produced and performed in events for the last six years, in 29 states across the country.  I definitely know how to entertain people!”
And so, the sisters took the best of both their worlds to create The Zelda Fitzgeralds.  “Kelly and I were looking to go into business together.  We figured let’s take what I know of vintage events and what Kelly knows of the poetry world, to create something magical” notes Kat.  “We bought our first Royal Epoch Portable Manual Typewriters on Amazon (yes you can buy typewriters on Amazon), and the rest is history!” 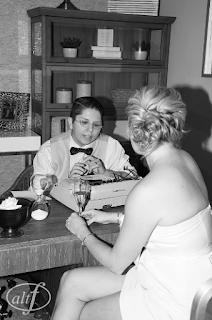 “We feel the best poetry is in person,” notes Kelly with a smile.  “Our Zeldas spend a few minutes getting to know each guest’s story: what brought them to the event, what brings them joy, what are their dreams.....”  From that in a fast five minutes, the Zeldas craft a one-of-a-kind original poem written just for them.  Since starting two years ago the Zeldas have been featured at events across the country from Portland to Phoenix, from Las Vegas to Los Angeles.  Clients have included posh weddings, cannabis speakeasies, and more corporate events then The Zelda Fitzgeralds can count.
To both sisters, being able to give professional poets an outlet to do their craft and get paid was really exciting.  Poetry isn’t a high income, or really any income, career choice.   But with The Zelda Fitzgeralds in the game, poets now have the opportunity to make money at something love.  “I absolutely adore hiring creative people,” notes Kat. “We have some incredibly talented roster of writers: Poet Laureates, Neil Postman Award for Metaphor Winners, and Fellows for the Kenyon Review, just to name drop a few.” 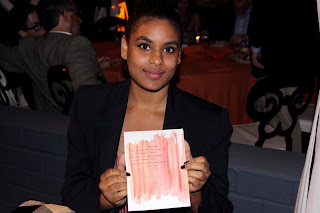 The Zelda Fitzgerald’s overall mission is to give poetry to the masses of people who don’t normally get to experience it.  The Zeldas call them Muggles (the word for the Non-Magical beings from Harry Potter series), people who might not have encountered a poem since fourth grade.   “When our poets find out what these people love, and then write an individual poem for them in under ten minutes, the guests are floored.”

We recently had our poets at a private event at The Wrigley Mansion in Phoenix.  The mansion is a landmark building constructed in 1931 by chewing-gum magnate William Wrigley Jr.  “There were over a thousand guests at this Great Gatsby themed event, with tons of entertainment to delight them.  And we closed the party down,” notes Kat. 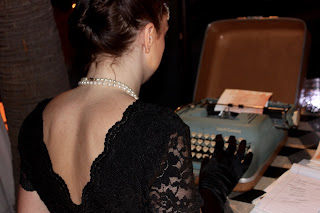 These poems leave a lasting impression with the Zeldas guests.  They are taken home and hung on refrigerators doors and cork boards for days, months, even years to come.  A tidbit of information that has been fully recognized by the Zeldas’ corporate clients looking to promote their logo with some branded typewriting paper.  “Poetry is a window to the soul, and when we open that window, people allow themselves to embrace their emotional vulnerability,” states Kelly.  “I’ve seen people cry, I’ve seen people laugh.  Almost everyone ends up hugging our poets.” 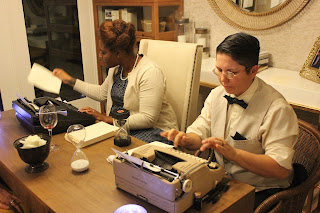 “We have always been fascinated by the way Zelda Fitzgerald drank in every ounce of life,” explains Kelly.  “She carried so many storms and celebrations inside her.”  And so dressed in Derby Hats, beaded dresses, and strings of pearls, The Zeldas Fitzgeralds bestow poems one click, clack, and ding at a time.  We think Miss Fitzgerald would celebrate by downing a glass champagne, smashing the glass, and dancing the Charleston in delight!

Matt Bourquardez is a Writer for Edible Skinny. He has traveled the globe and rarely sees his house.