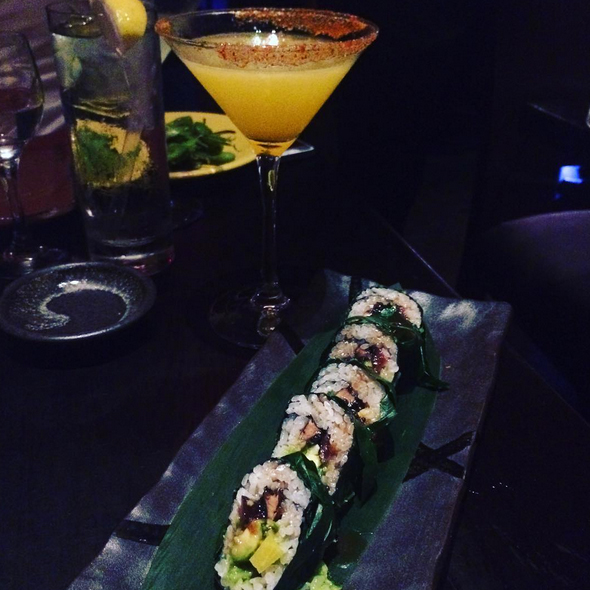 Muy caliente!  Edible Skinny was lucky enough to recently check out the Peruvian and Brazilian sushi fusion restaurant SushiSamba in the Grand Canal Shoppes at the Venetian Hotel and Casino in Las Vegas!

SushiSamba is a culinary melting pot of Japanese, Brazilian, and Peruvian cuisine, music, and design.  Founded in New York City in 1999, the restaurant chain has expanded in the past 15 years to locations that include Miami Beach, London, Coral Gables, and Las Vegas.

SushiSamba is like sun south of the Equator: pipping hot, but still welcoming to visitors.  We were over a half hour late on a Saturday night and the restaurant still honored our reservation.  The décor of the restaurant is bright and loud, a festive Carnaval inspired environment that included a three-dimensional ribbon sculpture that wraps around the room creating a dynamic feeling of movement.  Music and film projections feature images from the cultures off Japan, Brazil, and Peru were projected around us. 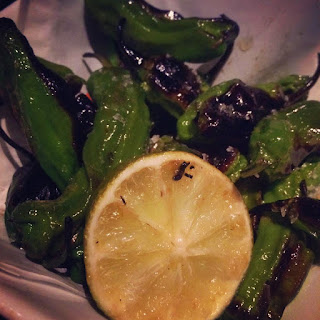 Along with the Brisa Caliente we also sipped the delightfully deadly Chucumber served Martini-style and composed of lichiko shochu, St. Germaine elderflower liqueur are shaken with fresh muddled cucumber, sugary syrup, and fresh lime.  Shochu is Japan's other indigenous alcoholic beverage.  Originally from Kyushu, Japan, where the warm climate wasn’t conducive to brewing sake, thus unlike sake, shochu is distilled.  Schocu’s alcoholic content is usually 25%, although sometimes it can be as high 42% or more.

The libations were mucho international, but where SushiSamba show’s its global versatility was the food!  To start off with we noshed on burnt to perfection Shishito peppers finished off with sea salt and lime.  For those unfamiliar, shishito peppers, are a narrow, sweet-hot, thin-walled pepper popular in Japan; high in vitamins A and C.  The dish was absolute perfection, a balance beam combination of charred and tart. 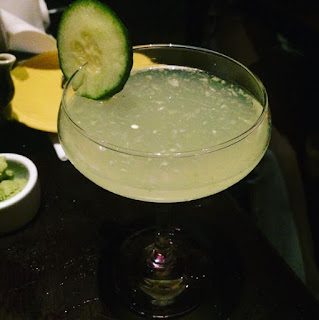 I also made sure to try SushiSamba’s signature Vegan roll (as they have a Vegan menu for those who are veggie inclined) the Amazonia.  Wrapped in collard greens and stuffed with Portobello mushroom, takuwan (aka pickled daikon radish), cucumber, avocado, and wasabi-onion soy.  The texture was crunchy earthiness, the taste was absolutely divine blended heaven.

With so much food consumed we didn’t have room to be privy to SushiSamba’s Gourmet S’Mores dessert which was recently featured as one of Food and Wine’s 9 Over-The-Top 4th of July Dishes to Devour.  But from the sidelines we watched others indulge in the dish’s playful take on the classic American campfire treat.  SushiSamba S’Mores dessert features lucuma ice cream covered in decadent Peruvian chocolate, shichimi-graham cracker and flaming marshmallow.

So if you’re looking for sushi that screams worldwide appeal, SushiSamba is your place to jet set off to!

Here’s to life being delicious, our days being muy caliente, and our nights full of delightfully deadly international martini drinks!
Posted by Kat Thomas at 10:28 AM