Father/Daughter SoCal-ing It Up with the Conejo Valley 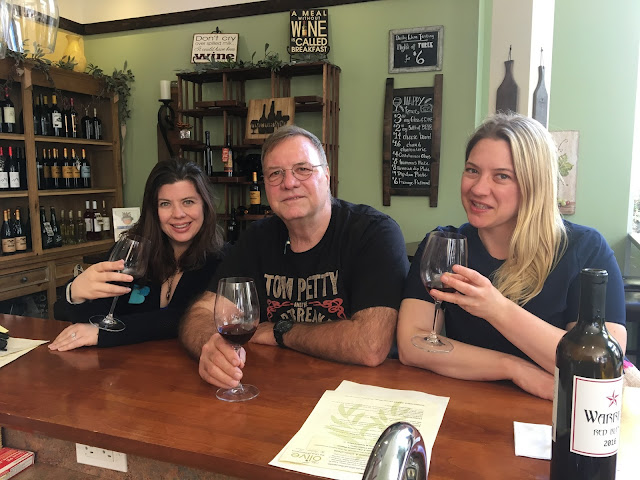 Father/Daughter SoCal-ing It Up with the Conejo Valley
By Kat Thomas
Editor in Chief, Edible Skinny

A few weeks ago Edible Skinny was lucky to spend a few days exploring Conejo Valley for a Father/Daughter Getaway. Now we (sheepishly) admit up until this time we had only driven through this area of SoCal on our way to more “well know” (READ: overcrowded) vacation destinations. But with a few days of R&R on the docket, we decided to catch a break in Conejo Valley.

Known as a home away from home, Conejo Valley is located less than 30 minutes from the beaches of Malibu and 45 minutes from Los Angeles. It's the ultimate drivable daytrip! It's all the fun of Santa Barbara or Paso Robles, yet none of the crowding of nearby destinations. 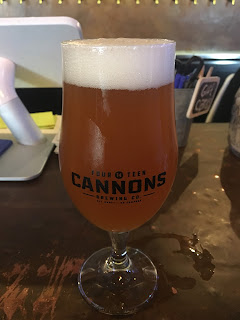 Conejo Valley is a multifaceted gemstone full of majestic views for hiking (or just enjoying while sipping a glass of wine), eclectic dining venues for the foodies (minus spending 30 minutes in line parking your car), and boisterous breweries to have a good fun time (perfect for Pappa Thomas)! So here's a few experiences we had while discovering Conejo Valley!

BTWs: in case you were wondering (because we were) Conejo means “Rabbit” in Spanish! ;-)

14 Cannons
The first stop on our visit to Conejo Valley was the brewery and showroom, 14 Cannons in Westlake Village. Constructed in 2017, 14 Cannons produces beer by award winning brewer Nic Bortolin while also showcasing the industry’s leading vendors. Full of “Independent Spirit,” the name 14 Cannons is a tribute to the owner Marshall Haraden's great, great, great, great uncle, Jonathan Haraden who captained the American war ship Tyrannicide in 1777. The ship was part of the Massachusetts State Navy fleet and was infamously armed with 14 Cannons. This spot was the perfect place to christen the weekend! In between games of Skeeball (a Ab Fab favorite of the New Jersey native Thomas Gals), we sipped on some Bestlake Blonde (their version of a Blonde Style Ale that is perfect for 365 days of Sunshine) and Peanut Butter Cup Dessert Ale (a Sweet Stout that reminds you of the day after Halloween). 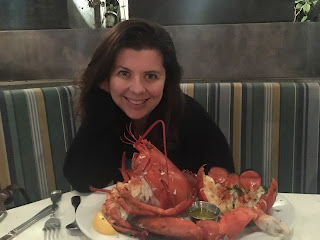 Lure Fish House
It was then off to Lure Fish House, a restaurant that was recommended to us by three separate Locals! East coast class with a relaxed California vibe, Lure Fish House featured fresh and sustainable seafood right from the ocean. Lure prints their menus daily to reflect availability and guarantee freshness. With four locations (including the Thousand Oaks space we dined at), it featured a full bar with specialty cocktails along with an oyster bar serving mollusks galore! While there we ordered multiple bottles of Wente Chardonnay, which paired perfectly with our seafood smorgasbord of Calamari, Fanny Bay Oysters, and 3-lb Lobster we dined on!

Westlake Brew Co.
After the rocking meal we had a Lure Fish House, it was off for some live music at the Westlake Brew Co., aptly names as they were also in Westlake Village! ;-) With live music every Friday and Saturday night, the brewery offered libations for those looking for live music and the craft beer culture in a modern warehouse location. Their philosophy: to always be in pursuit of something better. Something they must be doing pretty well as the packed space had the ultimate good night vibe with cover band jams, shuffleboard games, and craft beer suds. 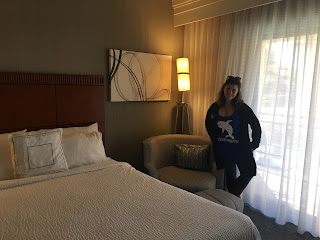 That night we settled our sleepyheads at the fantastic Marriott Courtyard Thousand Oaks. The newly renovated Courtyard by Marriott Thousand Oaks, CA hotel is TripAdvisor Award of Excellence winner. It's located off US-101 for super duper easy access. Their spacious lobby, which includes media pods and a full bar, was the perfect place for people to chill on a Friday night (it was definitely kicking when we returned from Westlake Brew Co. around midnight). And unlike Los Angeles hotels parking was included. The Marriott Courtyard Thousand Oaks' outdoor heated pool and spa, surrounded by lush landscaping, were perfect for hours of entertainment Saturday morning. There's nothing Pappa Thomas enjoys more in hanging out in a hot tub while playing tunes on the speakers. Needless to say they were, extremely accommodating... it's definitely a hotel that allows you to have fun and doesn't get in your way! 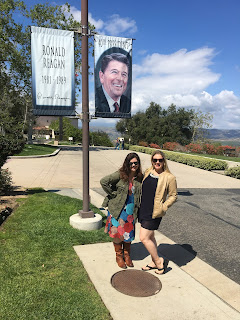 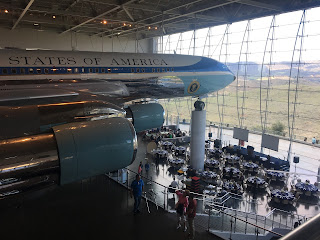 Perched on a mountaintop with sweeping views of Conejo Valley, the Library's 300 acre site, represents the "shining city on a hill" often referenced by President Reagan. Air Force One, a 2700 Boeing 706, guards a 65-foot window with views as expansive as the legacy of this eight term president. The plane was the official travel of seven US Presidents - Nixon, Ford, Carter, Reagan, H.W. Bush, Clinton, W. Bush. The Reagan Library received 27000 in a decommissioning ceremony on September 8. 2001 at the San Bernardino International Airport. It was disassembled over a nine-week period by nine-person crew from The Boeing Company into the following sections fuselage, tail, stabilizers, engines, main landing gear, and wings. It is now celebrated at the Gipper's library as a monument to the location that also serves as the final resting place of the nation's 40th President. 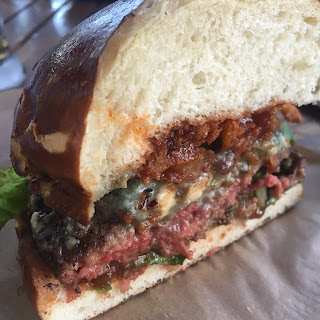 Along with taking a fabulous tour of Air Force One (a favorite of Pappa Thomas) exhibits are presented at the library throughout the year, their newest arrival and only Southern California stop: Genghis Khan! The Genghis Khan exhibit showcased hundreds of artifacts from Genghis’s 13th century Empire, the largest collection ever to tour. The one-of-a-kind exhibit portrayed Genghis’s reputation as the greatest conqueror in history as he dominated three times more land in his lifetime than Julius Caesar or Alexander the Great.

Finney's Crafthouse &Kitchen
Our final meal of this fabulous two day Father/Daughter Getaway was at Finney's Crafthouse & Kitchen in Westlake Village (and coming soon to Santa Barbara!). With a slogan of “Craft Beer Spoken Here,” the combination of chef-inspired food and their craft bar makes the space an inviting gastropub that attracts guests of all types, especially the locals. It's the perfect place for day drinking on a Sunday or a afternoon Saturday date night. Offering 30 craft beers on draft, a full bar featuring hand-crafted cocktails, fine California wines, and a menu to die for (Get the Bacon Blue Burger: Roquefort, onion strings, bacon, house-made BBQ and a pretzel bun – Super Duper Yummm!). Keeping it fresh, flavorful and at times, unexpected, Finney's Crafthouse & Kitchen hit it out of the park!