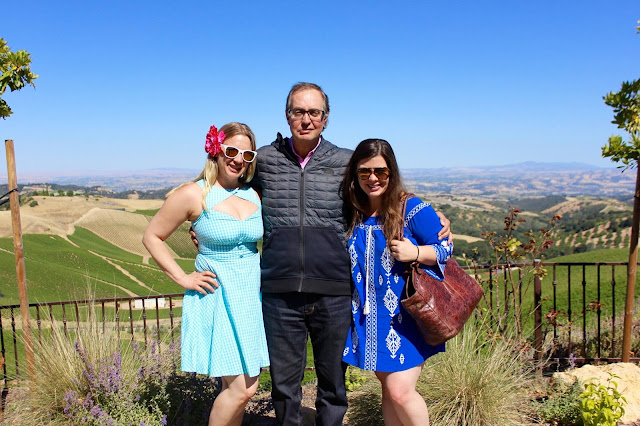 After the charming sidetracking of our olive oil adventure we then continued on our tasting at the gorgeous DAOU Vineyards and Winery. 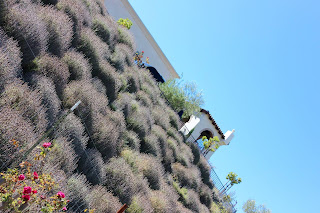 The French brothers of Georges and Daniel Daou grew up drinking wine at every family meal.  This day in/day out ritual compelled them to fall in love with the communal aspects of wine.  Years later after brothers had immigrated to California and made their mark in computerizing hospital records, they decided to revisit this love.  The brothers flew to Napa, explored Temecula, in the end they spent seven year circumnavigating California for the perfect spot for their winery.   The place they eventually staked their flag was the ideal expression of terroir, with the soil of Boudreaux France but the climate of Napa.  And so in 2008, they settled on top of the DAOU Mountain in the Adelaida District of Paso Robles with a vision is to make California “first-growth” wine, fulfilling the district’s destiny as the world’s next benchmark for Bordeaux varieties.  Every year the winery holds a grand ball with themes such as The Great Gatsby and James Bond celebrating their luck in finding the perfect place for their wine adventure. 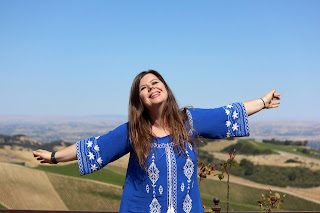 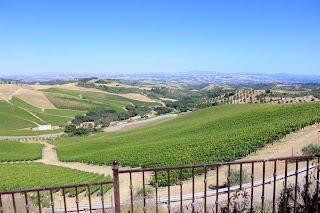 Everything at DAOU is done the classic French way, no additives, no filtering, no clarifiers, no watering of the grapes.  “We are purist, we want to focus on the wine,” states Daniel Dou.  “I try and make wine by what I’m trying to express.”  One of Daniel’s favorite wines, a Soul of A Lion was named after the title of his father’s memoirs.  This primarily Cabernet based wine, is a swirling adventure of vanilla and blackberries.  It the perfect glass to enjoy on their tasting room’s patio or lawn terrace, overlooking the vineyards with panoramic views at an elevation of 2,200 feet.  It like DAOU’s other wines, was a smashing success receiving a 96 from Wine Advocate.

The DAOU brothers founded the Paso Robles Cab Collective, a consortium of wineries in the Paso area helping to uplift the region as a whole.  “You don't make a region with one winery,” notes Daniel.   “Wineries, we’re shy but we need to work together.”  His philosophy, don’t compete with Napa, instead celebrate the specialness of the Paso Robles area.  “With that I believe we can go toe to toe with Napa.”