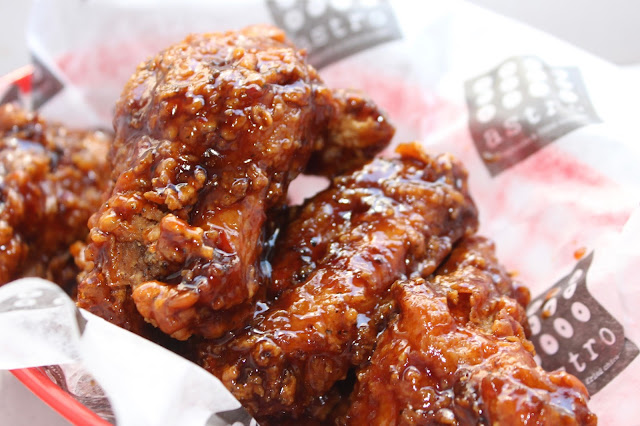 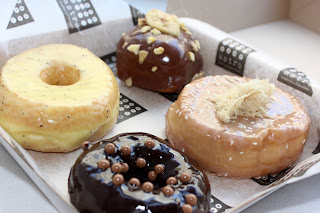 Edible Skinny was lucky enough to be able to swing by again to the super delicious Astro Doughnuts & Fried Chicken last week to explore their new popular dish: wings.  Specially marinated, coated in Astro’s signature breading and tossed in a choice of homemade Korean BBQ and Sriracha Buffalo sauce, these wings are a perfect addition to LA  Rams Game Day, Sunday Funday, or one of the final shows at the Hollywood Bowl.  Take heed though… the wings are an exploration in saucy messiness and take 15 minutes to be ready. 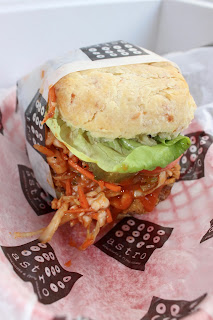 Originally from DC Astro, opened its LA outpost in April of this year.  The shop has all the confectionary street cred necessary for some sugar swagger.  The shop was called by TimeOut an “exemplary fryery” and one of the top-21 best fried chicken restaurants in America and Thrillist named Astro among the “21 best donut shops in America.”

The first Astro Doughnuts opened in DC in 2013, when childhood friends Elliot Spaisman and Jeff Halpern, the first native Washingtonians to play for the Washington Capitals, bonded over a love of all things missing a hole.  Halpern and Spaisman grew up playing the sport together in Montgomery County, MD, often meeting for a post-game doughnut off the ice.  As adults, the two food lovers forged their childhood pastime into a local eatery offering lighthearted interpretations of two comfort food favorites: doughnuts and fried chicken. 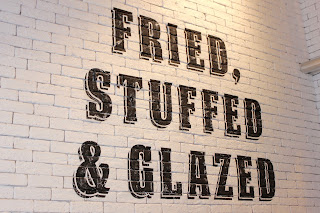 Naturally with a name like Astro Doughnuts & Fried Chicken their specialties include two things….  Let’s first analyze the fried chicken with all its classic fixins’.  Mine included a cheddar biscuit (once again one of the best biscuits of my life), Kimchi Cole Slaw, and Sriracha Buffalo sauce.  The chicken (since I have recently transitioned from being a veg to a carnivore again) was perfection!  Succulent meat, crispy breading, and massive in size, it’s everything you ever wanted in a chicken sandwich. 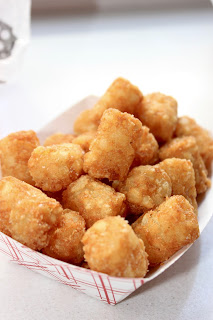 And then the sweet stuff… Astro Doughnuts and Fried Chicken offers a combination of four classic daily doughnut flavors (Vanilla Glazed, Maple Bacon, PB&J, and Crème Brûlée) along with a rotating selection of specials.  When Edible Skinny was there choices included: Halva (a Middle Eastern honey flavored donut that was super light and the absolute Fav of the group), Malted Chocolate (that one had a very cakey disposition), Chocolate Banana Daiquiri (super-duper sweet), and Lemon Poppy seed (the classic muffin makes its debut in muffin form).  Each confection offers a perfect final note of a kickass meal.
So if you’re looking for the total package on what to pick up before watching the LA Rams game, Astro Doughnuts & Fried Chicken has got your covered!