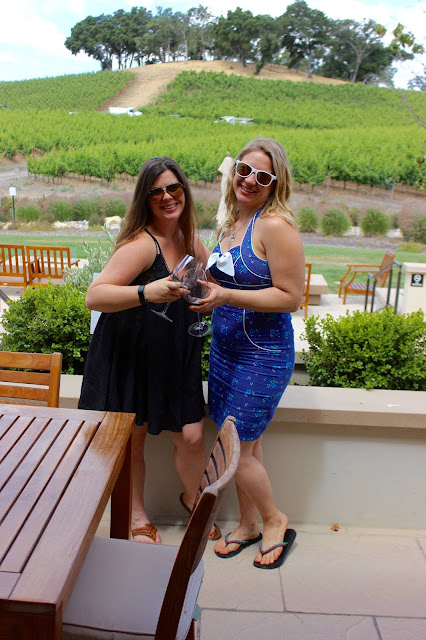 
A few weeks ago Edible Skinny was lucky enough to tour the wine wonders of Paso Robles.  Now we’ve done California vino before with jaunts to Napa, Sonoma, Santa Barbara, and Temecula, but this was our first delving into the world of Paso.  It was an uncharted wine getaway, the perfect excuse for Kat and Kelly to hop in the car and discover all that this growing wine region has to offer. 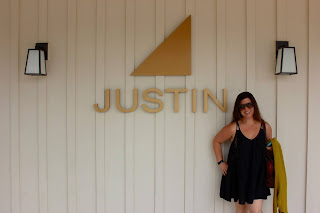 Paso Robles is located approximately halfway between the cities of Los Angeles and San Francisco.  It is a community in the process of defining itself as an independent wine region.  Cabernet is most widely planted grape in the area.  It is primarily shipped North to more notable wine regions such Napa and Sonoma as filler wine; but the times they area a changing.
The booming Paso Robles wine region is now home to more than 100 tasting rooms and more than 200 wineries.  This translates to over 32,000 acres of vineyards on which about 40 varietals of wine grow.  This expanding wine region now gets 1 million visitors per year (Napa by contrast gets 3.5 million visitors).
The “Templeton Gap,” a notch in the coastal Santa Lucia mountain range, allows marine air to cascade inland and across the Paso Robles wine country.  This cooling influence fosters quality and complexity in the local wines as temperature swings of 50 degrees within a 24-hour period are not uncommon during the late summer months.  About two-thirds of Paso Robles wineries produce less than 5,000 cases. In other words, they are smaller, more boutique wineries.  And so, Edible Skinny delighted in diving into the world of the emerging wine region of Paso Robles. 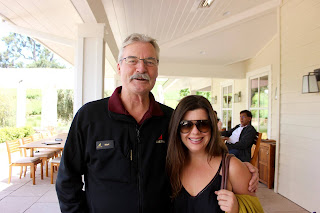 We started our wine weekend with one of Paso’s biggest JUSTIN Winery.   JUSTIN is one of the largest wineries in the area producing 180,000 cases per year on 1,000 acres of property.
Our server Mark was the perfect pour-er, being present when needed and scare when not (he recommended always to toast from the bowl of the wine glass… “No clink when you drink….”).  Mark noted the “tasting is about trust”  Some of favorites included the Right Angle, a wine that is only available onsite.  As Mark noted, “it’s my Tuesday wine.”

But the most famous wine made by JUSTIN is their Isosceles.  Named after the triangle that has a ratio with two sides of equal length Isosceles is a combination of lots of Cabernet and equal pats Cabernet Franc and Merlot.  Kelly chirped in that the wine “makes me want to be in the bathtub.”  We finished this off with the Isosceles Reserve, an elusive wine as they only make 350 cases per year, making it only available to members of the Isosceles Wine Club.  With a mouth swirling of Blackberry Pucker and Ruby Raspberry Kelly commented, “it tastes like the first day of fall when you build a fire.”