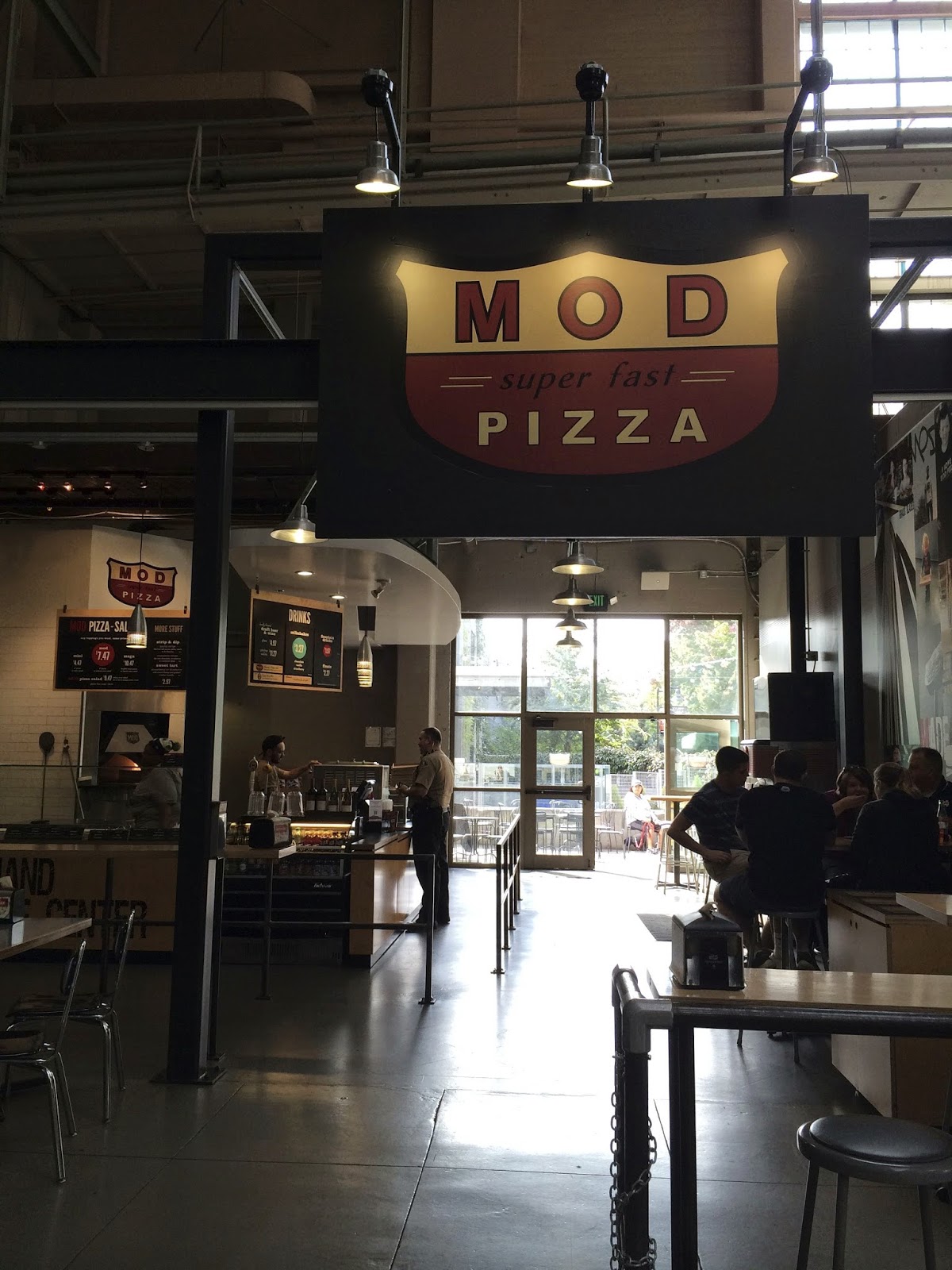 With Thanksgiving being tomorrow we though we would focus on the world of abundance and choice.

While in Seattle Edible Skinny was introduced to the world of MOD Pizza.  Our native Seattleite guide, Julia Reed Nichols, noted that the Emerald City’s citizens’ viewpoint on pizza is similar to pretty much every other item they consume: I don't want to be like anybody else, just let me be my quirky self!

MOD, which stands for Made On Demand, brings scratch made organic dough and gourmet ingredients to a pie that’s cooked in three minutes flat over an open flame.  Guests can order one of the company’s Top 10 Favorites (such as the Calexico made of mozzarella, gorgonzola, chicken, jalapenos, hot buffalo sauce, and MOD red sauce or the Lucky Sunshine composed of mozzarella, parmesan, artichokes, garlic, and dollops of MOD red sauce) or they can add or subtract any ingredients they want.

And the most awesome part, they are always the same price.  Always $6.28, no matter how many toppings you add or remove.

A pretty popular concept since MOD Pizza is now in 9 states and plan to have 47 locations open in the next few months!

CEO Scott Svenson and his wife Ally founded MOD Pizza.  The couple started out and grew Seattle Coffee Co. until its 1998 sale to Starbucks.  Svenson then served as president of Starbucks’ European division until founding the Italian-deli cafe chain Carluccio’s, which went public in the UK in 2005.  The Svensons opened their first MOD pizza in 2008 in Seattle’s Union Square.   "We were the first to bring together the best of made-on-demand, individualized pizzas with the convenience and value associated with fast-casual dining," Svenson says.

Svenson went on to become the CEO of Freestone Capital Management, the largest independent wealth and asset management firm in the Seattle market focused exclusively on the needs of affluent families before leaving to focus on MOD pizza full time.  Turns out a thin and crispy pizza's siren call was stronger than a good portfolio.

And MOD isn't alone, 800 Degrees, Pizza Rev, and Naked Pizza have all be making waves in the world of "Fast Casual" Food (restaurants that blend the line between traditional quick service and casual dining concepts.  They are known to feature limited service or self-service, average checks between $8 and $15, contain made to order food, and have upscale decor).  So much so that the National Restaurant Association formed a new Pizzeria Industry Council aims to address issues specific to pizza operators.

But what makes the Seattle MOD different is the ability to be your own quirky self.  Fun, fresh, and as much extra chicken (or veggies) as you want.