A Tale of Two Agendas @VeganOktFest: Beer and Vegan Bratwurst Edible Skinny was lucky enough to check out the first ever Vegan Oktoberfest a few weeks ago!  Held just steps away from the Pacific Ocean the event featured traditional (Vegan) German food, live Oompah bands, and delicious craft beer poured to perfection by a bevy of great breweries. 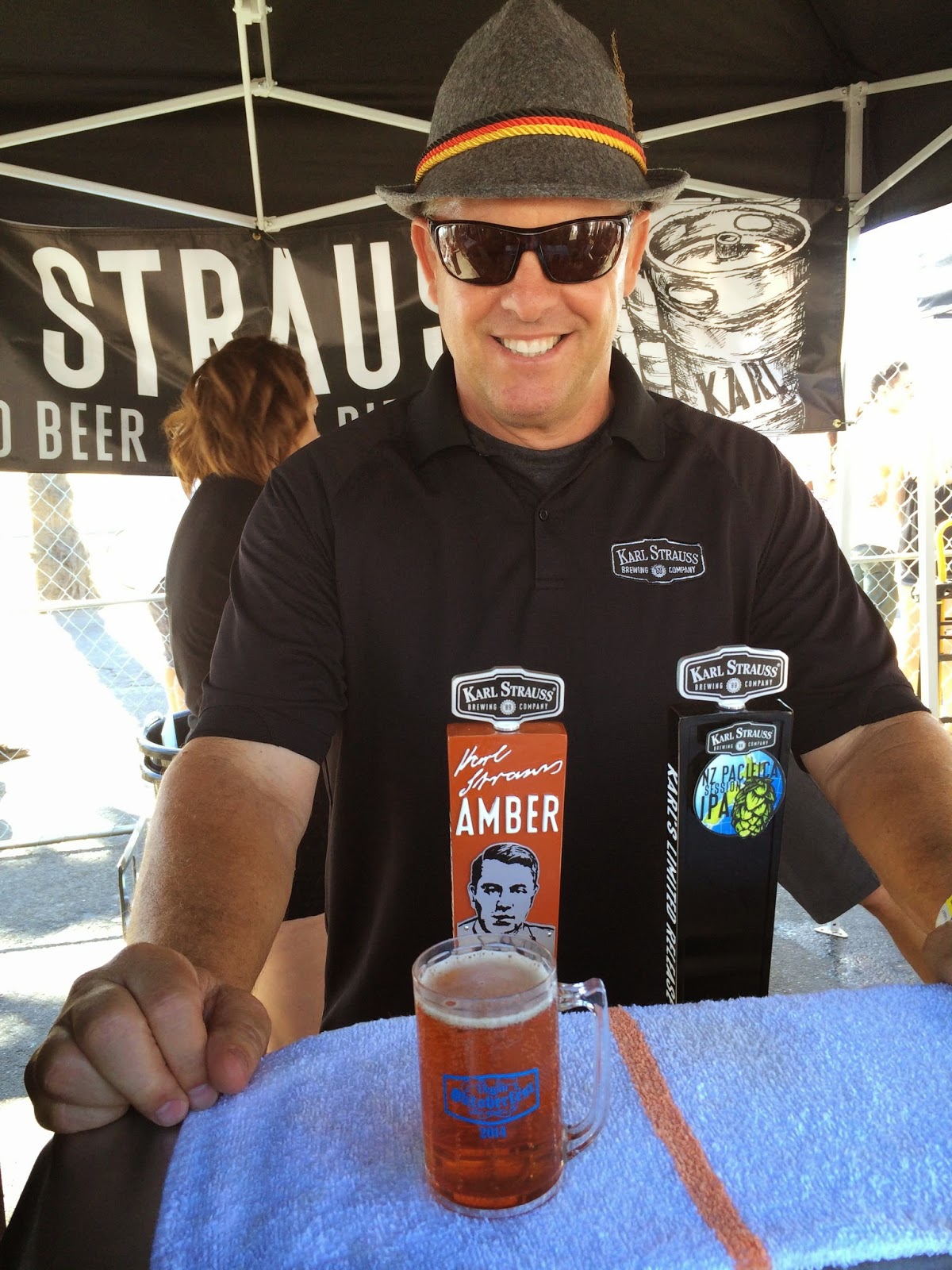 It was a sweltering hot day with shade (not beer) being the hardest thing to procure.  But regardless of the heat, bedecked Bavarian maidens strolled the landscape much to the pleasure of the ironic t-shirt wearing clientele (our favorite: Eat Pussy, Not Animals).

The Thomas Gals had a double threat agenda: Kelly came for the beer, I came for the Vegan food (it’s not very often I get to experience a traditional Oktoberfest with a clear conscience…).  But regardless of schemes each of us got to enjoy our taste of Germany!

Kelly’s favorite beer choice was the Karl Strauss Brewing Company with its Carmel undertones.  Karl Strauss pioneered the San Diego beer scene since 1989 with innovative beer releases like Big Barrel IIPA, Wreck Alley Imperial Stout and Mosaic Session Ale. The brewery has won 64 medals over the past four years and its Red Trolley Ale is one of the most award winning beers in the world. The company is currently ranked #41 on the list of the country’s top craft breweries (which is super impressive because it only distributes in the state of California). 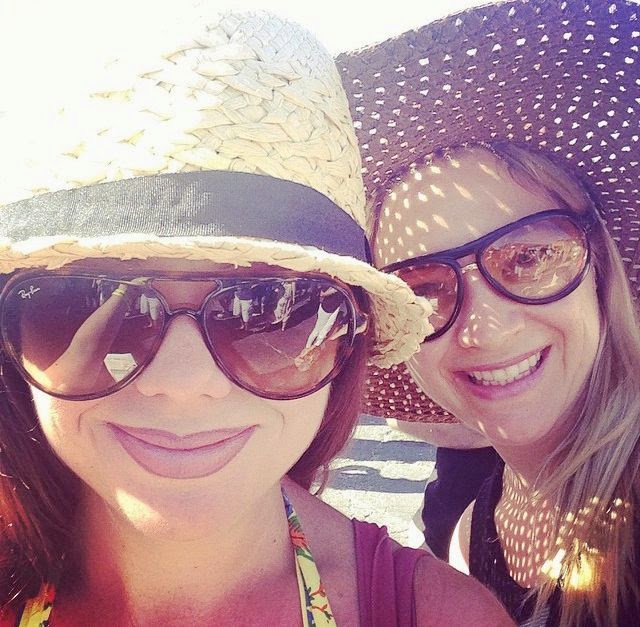 Another beer favorite for Kelly was the irreverent

Lagunitas Brewing Company (which we had the pleasure of visitingin April).  The brewery (which you might be familiar with through the Beer Wars documentary) was started in 1993 in the form of a Christmas homebrew kit that founder Tony Magee received while living in Lagunitas, California.  The company now produces 2.4 million barrels, making Lagunitas as the second-largest “craft” brewery behind The Boston Beer Company in terms of brewing capacity.  They are known for iconoclastic interpretations of traditional beer styles, and irreverent descriptive text, and hysterical stories on their packaging 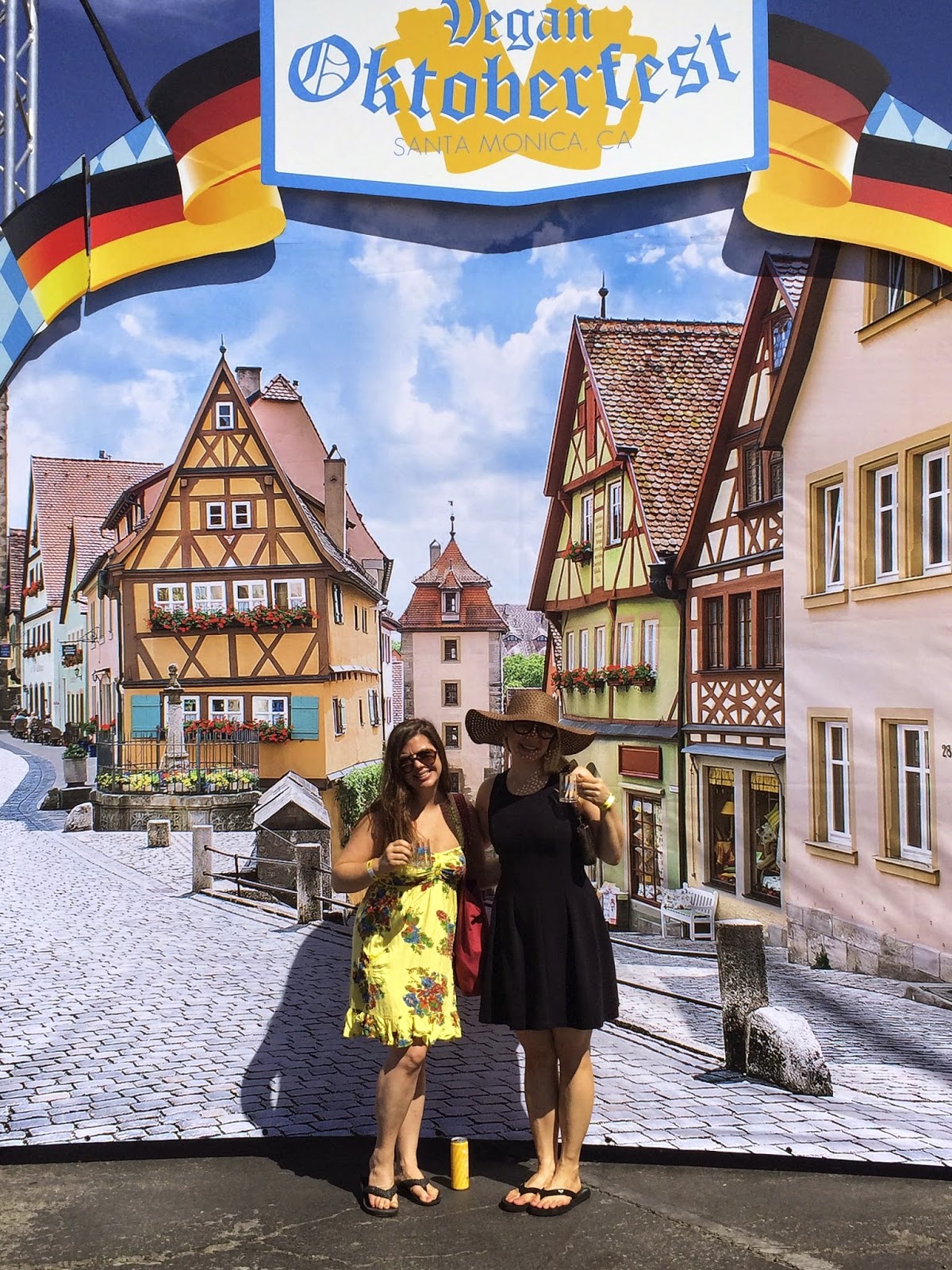 I ended up mostly drinking Ace Cider as it was the perfect choice for those who didn’t love the world of hoppy aftertaste (which full disclosure is yours truly!).  ACE ciders has been brewed in the beautiful Sebastopol area of Sonoma County in California.  At Vegan Oktoberfest they were offering the cider flavors Pear, Pineapple, and… wait for it, wait for it…Pumpkin.  Ace first made their Pumpkin cider in the fall of 2010 and has returned every year since then (because as John Oliver notes Americans are bat shit crazy for pumpkin).  And it’s true, ACE added cinnamon, cloves, and allspice to fermented apple juice to produce a 5% ABV cider which tastes just like pumpkin pie!  Delicious and absolutely perfect for Vegan Oktoberfest!

Participating food vendors included many of LA’s most acclaimed vegan restaurants such as Sage Organic Bistro who prepared potato pancakes, cauliflower hot wings, and German style soft pretzels, Southern Fried Vegan offered Fried Chickun and Mac N’ Cheeze, while Urban Pie delighted with sausage and potato pizzas.  We ended up sampling from Pop ‘n Mamas Kettle Corn and Funnel Cake (growing up on the Jersey Shore, Kelly and I have a soft spot for Funnel Cakes). 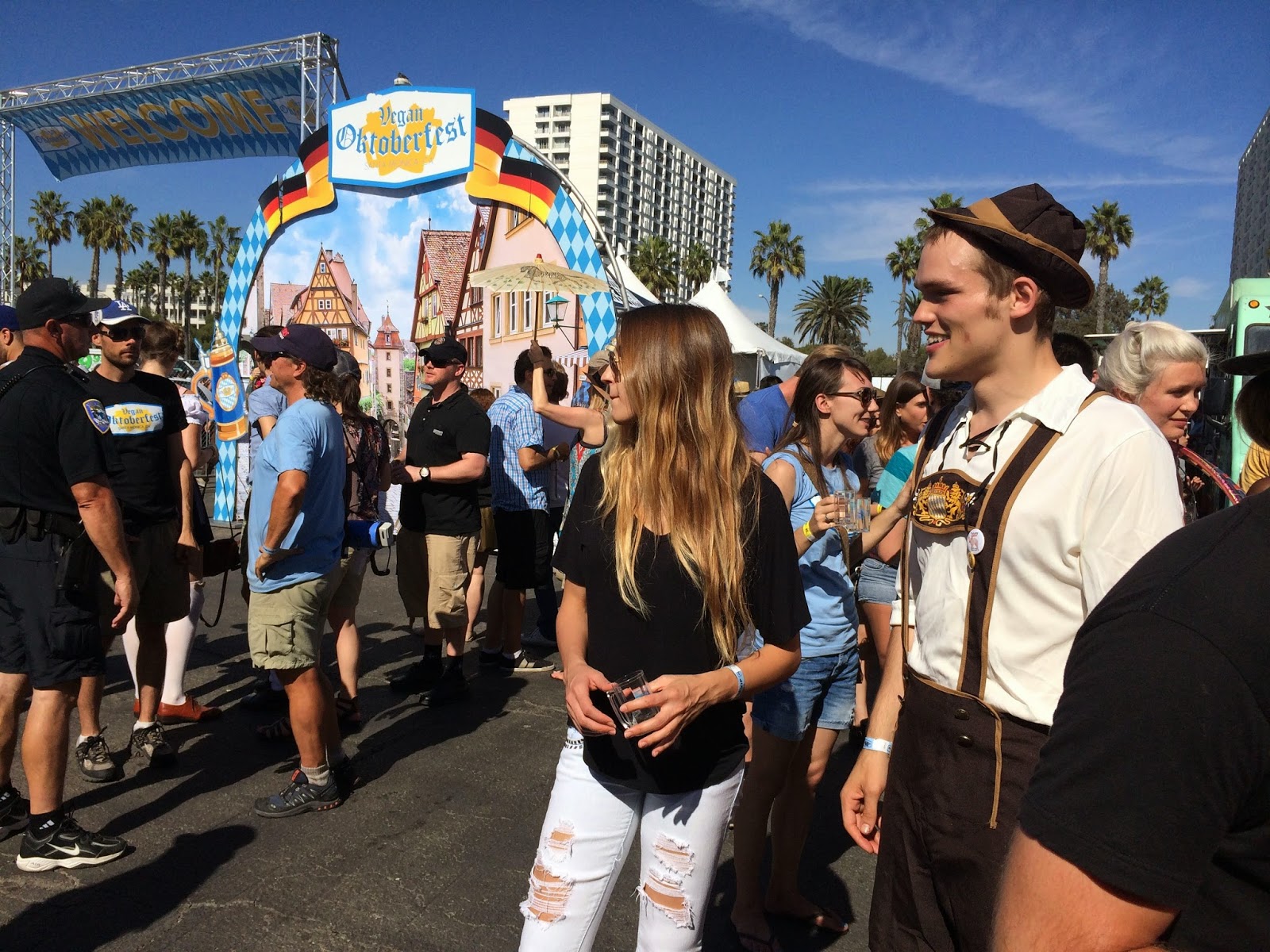 This sold out event was super crowded.  As the person standing next to us noted: “there are people in line to get food with food because the wait is so long.” (Definitely the land of First World problems…)  But it was worth the wait as I was delighted by their Vegan Bratwurst and noted how I could have never enjoyed this Oktoberfest moment at your standard carnivore based Oktoberfest event!